Is Your Spouse Really into Watching the Baseball Playoffs Right Now? Try Out Some of These Different Methods to Offer Them Support.

It's that time for sports to dominate the American television landscape again.

The NFL's season is in full swing. The NBA and NHL are gearing up. Major League Soccer is heading towards its playoff stretch, too. Bowl season for NCAA football isn't too far off either.

So, quite frankly, there are a lot of sports going on now. Americans are supporting their sports teams. But are there spouses supporting their loved ones in supporting a team? After all, a supportive spouse creates a happier marriage. According to Psychology Today, a spouse who supports the one they love by showing interest in their spouse's hobbies and interests can actually build a better marriage.

But getting that kind of support falls on both spouses. Psychology Today reported that when people want to get support from their spouses, they need to ask for it.

"No matter what the situation, dialog is key," Psychology Today reported. "Couples will be happier if they learn how to say, 'This is how I'm feeling, and this is how you can help me.' "

With so many people tuned into athletic competitions, it's very possible your spouse may be caught watching a lot of nail-biting sports events this fall. So what should you do when they want to watch the big game? Here are 11 tips to help the non-sports fan support their spouse in watching sports.

You can host a watch party

Tell your spouse you want to host a watch party, where you can both invite friends to make it more of a social gathering.

You may not have interest in the sport, but this shows you're supporting them with their interests.

Instead of just sitting on the couch and watching the ball be thrown, decorate the room with some streamers and plan out different snacks for you and your spouse to have during the game.

Make a compromise with your spouse

Your spouse may appreciate that extra effort in you knowing what's going to happen on the field.

Watch the kids or tend to the family

Maybe your spouse wants to watch the game on his or her own in solitude. By caring for the kids, you're giving them the piece of mind they're looking for.

Buy tickets to the game and make it a date

When your spouse starts talking about the big game coming up, one thing you could do is buy tickets to the event and make it a nice date night.

Show interest in another way

Your spouse knows you have no interest in watching sports, so they probably expect you to do your own thing. But if you buy them a jersey of their favorite team, or print out the stats and necessary information for the game beforehand, you're showing you have interest for them without actually watching the game.

Make fun of the sports together

There's comedy in all sports, and this could be a way for you and your spouse to bond over the game without watching it. Talk about the most disastrous first pitches from throughout history, or some other silly events that have happened in the past.

Ask questions from a distance

You could ask questions during the game, but even if you're really uninterested in sports, you can still feign interest by questioning the score and going-ons from afar. Every so often ask what the score is, who's doing well and what team will likely win.

If you don't want to watch, at least be honest

Just because your spouse is watching the big game, doesn't mean you have to be involved. Sure, support is beneficial for marriages. But as About Relationships pointed out, being supportive is also about being honest and realistic. So if you don't want to watch the game, you're fine not to. Just make sure your spouse understands and you're clear about it. 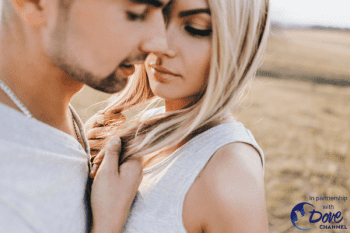 6 Subtle Things That Are Destroying Your Family…