Men, Save Yourself Some Trouble, and Stop Doing These Annoying Things.

Men try to be all suave and cool around women. They try to act all tough and cool, too. A lot of times this works. Afterall, what girl wants a wimpy girly-boy? But there are a lot of things men do that they think are cool that really just drive her insane.

Yes, you're a guy, but that doesn't mean you know everything. Explaining something to her like you're teaching a child just annoys her and doesn't make you look as smart as you think it does.

You're not her child. You should be able to get things on your own. There's no harm in asking her where it is, but don't expect her to get it for you.

She's not your personal assistant. If you want to know what the kids did today, ask them. Be a dad. Don't be vicarious dad through your wife.

Again, she's not your personal assistant. You have an alarm function on your phone for a reason.

5. Turning on the TV and tuning out

Yeah, TV is entertaining, but it'll still be there tomorrow, and the next day, and the next. AND there's a fancy little thing called a DVR, too. Just because you're watching TV doesn't mean you're suddenly unavailable.

Yes, you're in the mood for sex, but that doesn't mean she has to be. And if you keep on asking her over and over that night, it usually doesn't help her get in the mood. And moping about it certainly won't help either.

7. Not cleaning up after yourself

You're an adult and she's not your maid. Leaving your towel on the floor after you shower or leaving your dirty clothes on the floor for her to pick up is just lazy. And it's not respecting her as a roommate, let alone as your wife.

8. Talking to her about sports

That's great if your team won. And she wants to be a part of your life by hearing you talk about it. But that doesn't mean she wants to hear all the statistics and other details of the game. She doesn't want to be treated like one of the guys.

9. Not doing what you say you're going to

She wants to rely on you, but it drives her nuts when you say you'll pick up eggs on the way home and forget. It sets her day back, and now she has to carve out time to go the store, too. The worst part is that it tells her she can't rely on you.

11. Checking out other girls in front of her

She knows that you look. And usually she's secure enough that she doesn't mind. Afterall, she thinks other guys are cute, too. But don't check out other girls right in front of her. That's a sign of disrespect to her. Plus, it's just embarassing for her when another girl knows she's being checked out while you're with your wife.

Yes, you're married to her and work your hands to the bone to provide for her and your family, but she also likes to hear that you love her. 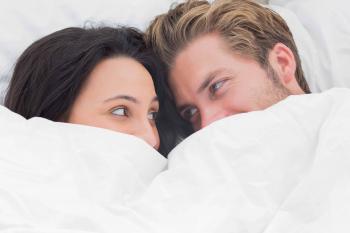 Why Sex is Actually the Answer to All…