20 things he secretly wants you to notice about him

Sometimes Men Are the Ones Who Want Some Attention.

Men don't always get the attention they deserve. Oftentimes, women aren't the ones complimenting the men who go out of their way to notice us. Men could just as easily do without constantly impressing women but they do it out of love and adoration. Maybe we should return the favor every now and then.

Here are 20 small things your man wants you to see:

If your mister puts on a nice outfit, he is really looking to impress you. Don't let his efforts go unnoticed; tell him how nice he looks.

Think of all the times he's paid attention to your words. He's remembered your favorite lotion scent and how you don't like rosemary sprigs in your potatoes. Return the favor. Keep track of his likes and dislikes and surprise him by remembering those little details.

For men, this is a big one. If he took the time to style his hair (especially the way you like it!) he's looking good just for you.

If he is excited about something, don't wait for him to tell you why. Pay attention to his shifts in attitude and ask him what's up. He'll love that you are paying such close attention to his moods and behavior.

How often does he lean in to sneak in a kiss? If he always wants to kiss you it's because he can't get enough of you. Try to surprise him with a smooch or two to show him you feel the same.

If you are in his Instagram pictures he is telling the world how much he adores you. He would love for you to post a cute picture of the two of you to show everyone you think the same thing.

The guy usually comes up with the dates, so give him the credit. Thank him for planning such a thoughtful evening out.

Notice how he spends his free time. If he is learning a new hobby (like photography) ask him about it. He'll be pleased you are paying attention and care about his new interest.

He wants to protect you and offer you stability. Let him show you how he can. He knows you are independent, but just let him open the pickle jar.

Add some of his music to your playlist, too. He'll be surprised to hear his favorite songs playing when you drive the car.

Maybe he just really loves McDonalds or has a collection of rocks or bottle caps. It's quirky, but it's cute...spoil him a little and surprise him with a gift he will love.

He has goals and ambitions. His needs your support. Do what you can to support his goals; he would do the same for you.

If he is good at fixing things, comment how lucky you are to have him.

For a man to suddenly become sensitive (especially if he isn't the type naturally) and open up to you takes a lot. Appreciate those moments when you get them.

Most men have a favorite sports team or superhero. Surprise your mister by wearing a graphic Batman tee shirt or pulling on his favorite hockey jersey. Wearing the same gear as him will make him proud to call you his.

When he suddenly starts talking about an old memory or conversation, don't be upset and think he wasn't listening. Instead, listen to what he is saying. What is trying to tell you by walking down memory lane?

For some reason men always love it when women notice what's on their wrists. Normally, it's because he's wearing a nice watch so comment on sharp he looks with it on.

He wears his cologne just for you; let him know you notice!

19. His commitment to you

Appreciate how much he cares for you. He puts in a lot of effort to make sure you are happy; show him you realize his commitment and love him for it.

Most men can't help but fall more for you if you focus on how much you love a specific feature about him. Point out how how cute his green eyes are or how he plays with his hair when he's thinking hard. 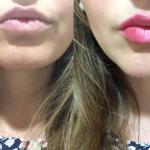