3 Mistakes That Can Ruin Your Marriage

Don't Allow the Same Mistakes to Hinder Your Marriage and Family.

Mistakes are only natural in a marriage. There is no such thing as perfection. But there are certain mistakes where once it's done there's no undo button. The best option is to work toward a better outcome. If there is no attempt in rectifying the mistakes, the marriage will begin to suffer.

My first marriage taught me many things. Among those things, I learned the only way to avoid making the same mistake twice is to acknowledge I made a mistake and understand why it was a mistake. Then never do it, again.

If you find yourself committing the following mistakes, take a step back and consider how your mistakes are possibly setting a negative tone in your marriage, and with your children.

"I'm only saying a white lie. He'll never find out." That statement is not necessarily true. There are circumstances in which you tell your spouse a white lie after you rationalize why it's acceptable and get away with it. Oftentimes, the truth will prevail. And when it does, your spouse will feel deceived and believe you have lied about other things throughout the marriage. You create space for doubt. Also, depending on the age, children will pick up on what is going on in their parents' lives. They can see and sense uncertainties and concerns. They will pick up on that negative behavior and believe lying is the proper way to handle problems.

Do not assume one spouse is responsible for everything. Once you are in a marriage (and have children), both parties should share responsibilities. In some instances, one spouse handles a little more of his share than the other, but it's up to the couple's discretion. Nevertheless, one spouse expected to do it all is not reasonable. If that is the case, why be married?

For example, if you have children, both parents must be involved in their lives. Join them in their activities, help them with homework and be there as a friend. If one parent assumes the other parent can take care of their children's needs, they are affecting their own relationship with their children. Children will not feel comfortable approaching the parent who is unavailable most of the time. Remember, the household is not that of a single parent.

It's common for couples to get on each other's nerves. They bump heads a lot. However, the key is to never lose respect for one another. Once the insults begin, there is no going back. Do not throw the past in your spouse's face. Do not take each other for granted. If you are in doubt about something, do not look through each other's personal belongings seeking for answers. I was guilty of that. When I experienced it, I felt invaded. If you have doubts, don't be intimidated to discuss your concerns with your spouse. Respect each other's space, opinions and beliefs.

Here are some other common mistakes made in a marriage.

Again, mistakes are normal. If we do not commit them, how are we supposed to learn and grow as a couple? However, the lesson to learn is once you make the mistake, you are not to make it, again. In a marriage, there is no room for making the same mistake twice. 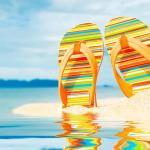