4 things wives can get away with that husbands can’t

There Are Just Some Things That Wives Can Get Away With That Husbands Can't. Here Are Four.

It seems there are certain things a wife can get away with that husbands can't. Some things are gender stereotypes that play to a woman's advantage, and other things are just because our husbands are super nice to us.

Here are four things that wives can get away with:

I'm not saying that women cry just so they can get sympathy, but when a woman cries, she usually does get a bit of sympathy. Whether it is to get out of a speeding ticket, to apologize for something she did, or to express her need for comfort. When she cries, she will get sympathy, or at least a hug. When a man cries, he is usually looked at as weak, overly emotional or awkward. It is not a tool in his arsenal, but rather seen as a weakness that he should avoid at all costs.

I personally hate it when my spouse asks me if I am acting a certain way because it is that time of the month. I feel like if I have any emotion other than happy, it must be because I am pms'ing. But, I would be lying if I said that I have never used this excuse myself. Woman have a lot of hormonal changes, which actually can cause them to be a bit crazy, but we may be a little too quick to use that excuse of being that time of the month, instead of taking responsibility for our misbehaviors. A man does not have a physiological excuse to bring up when he is having a bad day. He just has to accept the fact that he is grumpy.

3. Use their childbirth trump card

Carrying and having a baby is a big deal. Women go through 9 months of illness, bloating, weight gain, stretch marks, and a million other conditions, and then, at the end, they have to birth a baby. It's not easy, and we should be able to use that as a reminder that we've already done something amazing when we're getting flax from our spouse. It can be easy to pull this card when arguing with your husband about whose turn it is to do the dishes. He may have made the dinner, and set the table, but you went through childbirth, so you win. He doesn't have anything like that. Nothing will be worse than childbirth. Nothing.

Women have come a long way in the fight for respect in the workplace and society. While they still have far to go, it has become more normal for them to break gender roles and do what they want rather than just stick to the roles society has determined are womanly. But if a man were to break gender roles, it would not go over so well. For example, if a woman decides to stay home to raise their kids, it is not questioned or thought of as weird. If a man were to stay home with the kids, people often may wonder what is wrong with him. Why is he not working? Can he not find a job? Is he looking for a job? It has not become as socially acceptable for a man to break gender roles as it has for a woman.

They key to being a woman is to know when to use these advantages and when not to. If you are constantly using these excuses, then it can get really frustrating to be around you. It is still important to take responsibility when you need to. 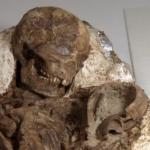 One of the Best Parenting Tips Comes From…