Learn From a Marriage Counselor How to Stop Fighting so Much. Be Happier in Your Marriage.

You've probably had plenty of fights before: He didn't do the dishes right, or she wants to go over to her parents' house again this weekend. Whatever it is, these fights seem to keep coming up over and over.

Here are some tips to stop arguing so much. Get on with being happier sooner.

1. Identify what is solvable

Find out which arguments are solvable and solve them.

And, as for the ones that aren't immediately solvable, it's best to recognize them as such and not get angry with each other about them. You're both trying to come up with a solution; and, until you do, anger isn't going to help either of you.

2. Don't get hung up on the gridlock issues

Marriage researcher John Gottman identified that all couples have what he calls gridlock arguments. These are arguments that are not easily solvable and that the couple argues about over and over.

But having gridlock arguments doesn't mean you're doomed.

It just means you need a certain amount of patience for each other. Also, recognize you may never work theses issues out. That's okay. You and your spouse don't have to agree on everything. And not every argument with your spouse needs to be "fixed."

3. Focus on repairing and not solving

Like I said before, not all arguments are solvable. Gottman also identified that it's not so much how you fight that makes or breaks a relationship, but it's more about how you repair your relationship after the fight.

So it's okay to disagree and argue. Just make sure you repair afterwards.

This can be done by spending time together, offering an apology for things you shouldn't have said or giving a good old-fashioned kiss. It doesn't solve the problem, but, like I said before, not all problems are solvable. Repairing after a fight ensures you still feel like a couple afterward.

4. Don't be shy about bringing it up again

Just because a certain topic causes tension, doesn't mean you should shy away from it.

Healthy couples talk about their problems and address any tension with each other. So, feel free to talk about whatever is bothering you. Just remember you can't solve everything and to make repairs when things get ugly. That way, no matter what you argue about, you will end up just fine.

These four tips will help you to stop arguing so much with your spouse. You'll finally feel better about things you used to feel tension about. No, these tips may not solve your problems, but they'll help you feel like a couple again, and that's better than solving any problem. 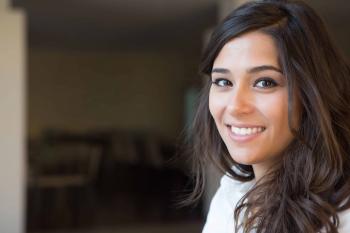 If You Get Cheated On, You Can Still…