He Loves You Enough to Never Set Unrealistic Expectations, But He Has Important Needs You Might Not Know About.

You spend at least 90 percent of your free time with your husband.

You try as hard as you can with your busy life to love and appreciate him, and he always acknowledges your efforts.

But what if he has unmet needs and expectation that he is too nervous to tell you about?

Here are a few that your husband probably wants you to do. These small actions can make a big difference for his happiness and self-esteem.

He wants you to hear him

Say you had a long day at work or with the kids. Your husband comes home and the night passes on as normal, and you finally have a couple minutes for just you two. But then, the TV turns on, your iPad or phone come out. He is trying to tell you a story from work or something he read on the Internet and found interesting, and you are just scrolling through Pinterest hardly listening.

Now he may notice and just stop the story without you ever knowing that all he wanted to do was have a listening ear from the woman he wants to share everything with. Men and woman alike need and want to be heard, but not just passive hearing, active hearing where the other person responds and acknowledges what the speaker is saying.

He wants you to say "I love you"

How many times have you told him or felt that you wanted to hear these three important words more often? Well let me tell you, your husband feels the same.

He sometimes needs his space

As much as he loves you, there may be times when he just wants some alone time. Don't be offended when he doesn't want to spend all his free time with you; know that it is healthy for both of you to have some non-couple time.

This can be especially true after an argument. Let him have his space to process and understand what you were arguing about. Let him have this time for both you and him to not say things you would later regret. Let this be a time to cool down and when some time has passed come back together and resolve it.

He wants you to initiate sex

You husband might not ever tell you this out loud, but he would love it if there were times when you initiated getting it on. This is because he wants to feel wanted as well and to know that you want him physically as well as emotionally.

If he is always initiating intimacy, and more often times than not also being told "let's just do it tomorrow," it will take a toll on his self-esteem. Make him feel sexy; like there is no one else you would rather be with in those special moments.

We all have needs that we are too afraid to mention out of sounding to needy or insecure, and I believe this is especially true when it comes to husbands.

Surprise him by understanding these unmet needs without having to ask him about them, and he will be a happy and satisfied man. Who says it's only happy wife, happy life? I think that applies to husbands as well. 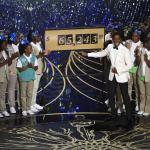 Here Are 8 Great Family Moments From This…