4 Unmistakable Signs That Your Husband is Thinking About Being Unfaithful

The Changes Seem Subtle, But if You Know What to Look For, You Can See That He is Thinking About Much More Than He is Saying.

Infidelity can take many forms: with a mutual friend, a neighbor, a colleague or even someone who exists only online. In almost one hundred percent of cases, infidelity begins long before it is realized.

Married men know how important the promises they have made to their wives are. They also know that being faithful is a choice, and getting too close to crossing the line can bring about consequences.

They know that the choice to be unfaithful is a process, not something that happens without notice. They can reject the temptation and remain faithful, or give in and live with the feeling of betrayal.

Yes, infidelity is preventable, but it is hard to avoid the signs if you do not know them.

There are four unmistakable signs that your husband is playing with the idea of infidelity.

1. He becomes more concerned about his appearance

The first sign is an increased amount of concern with their physical appearance. Depending on the man, these may include starting to go to the gym, changing the style of their clothing, wearing cologne, keeping gum always at hand, spending more time in front of the mirror or maybe even starting to ask you what you think of their appearance. The key word here is "change." If they always were like this, no need to worry.

In his mind, the actions are justified because the potential lover makes him feel attractive again. He convinces himself that trying to impress her is harmless and doesn't mean that there is anything wrong with his current marriage.

2. His time is spent in a different way

In most cases, when the spouse finds out how long their partner was being unfaithful, they are shocked. Looking back and remembering that his schedule was always changing, his interested seemed to shift and he began to invite you to do things with him outside of your home less frequently is all adding up now.

He didn't hurt you on purpose though. He even created an excuse to convince himself that he was only spending time with the other woman to "raise his self-esteem," He enjoyed the adrenaline of feeling attractive again.

3. He suddenly becomes his worst enemy

After realizing how good the adrenaline feels, he begins to glimpse the possibility of going a little further. "A hug, a kiss, it's nothing. I just want to see how it feels, nothing more."

This has now become permanently harmful for everyone involved. The innocent touches, looks and time spent together have now escalated to a new level.

He may not realize it, but he is tying himself in a web of knots. You need to know that you're not the one responsible for his trials. He will start to get angry with you for things you have not done, lose his temper with you for no apparent reason, and will likely try and accuse you of cheating on him when it is really him to blame.

Physical contact has begun with his mistress and the first thing you notice at this stage is that he no longer initiates kisses.

At this stage of infidelity, there is no turning back. His brain has changed: No more limits. He has broken all barriers that he previously had and it has now become very difficult (not impossible) to return. "Infidel once, unfaithful for life," is a popular saying based on the idea that once the person has crossed that barrier, it's almost impossible to come back from it.

The important thing to understand is that an infidel is still a human being who has just made a huge mistake. He failed to stop himself in time and no matter the outcome of his infidelity, he will always have that temptation. He has now lost allself-control and respect for himself and has caused you long-lasting pain.

Infidelity can occur anywhere and can happen to anyone, but don't lose hope because it can be prevented. The first two signs are very obvious if you pay attention and if you love your husband enough to work through it with him.

Most importantly, try to show him your love. Show that you still feel attracted to him, if you can, and are willing to move forward in the midst of this trial.

This article has been adapted and translated from the original, 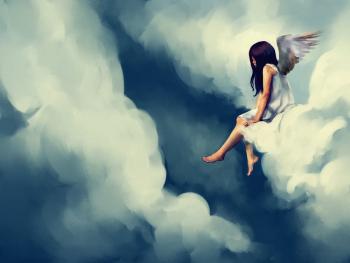