5 leadership traits you develop in marriage

Discover How Marriage is the Perfect Place to Learn Valuable Leadership Skills.

1. Creating an atmosphere of positive influence

Positive influence in marriage is a fountain for prosperity.

"According to marriage psychologist and researcher John Gottman, accepting influence is one of the most determining factors of a successful marriage.

When you allow your spouse toinfluence you, you make sure all decision-making processes that affect your marriage and the family are done in a team effort. In other words, before making a decision, you consult one another and allow both of your opinions to weigh in on the matter. Influence is not an individual trying to impose their values on another.

When it comes to leadership, a person in charge should possess a set of values they would like to pass on to those they lead, and those being lead must be willing to embrace those set of values. On the other hand, a good leader will also allow themselves to be appropriately influenced by those they lead - just like marriage.

The transfer of influence hinges on one important thing: trust. Colin Powell said "Trust is the essence of leadership." Creating an atmosphere of positive influence requires full trust at all times.

As you develop influence and trust in marriage you will develop the same qualities for positions outside of the home in which you lead.

2. Listening more than you speak

It is almost impossible to influence another person without listening to them. They will value what you value only when you value them.

Communication (effective listening) in a marriage is arguably the most important aspect of the marriage. Spouses who listen to each other become better at supplying each other's needs.

At home, my wife and I agree on particular roles, and we expect each other to be the facilitators of those roles. This means for the tasks we each are over, the facilitator of those tasks can delegate to the other spouse or the children.

As with marriage, delegating in roles of leadership is not an opportunity to display total power; it requires organization and purpose. The leader must ensure that the individual assigned to the task is equipped to successfully complete it through their own ability and available support.

4. Not settling for zero-sum results

Compromise is a sure-fail in marriage. While I was preparing to get married, I was often told husbands and wives have to compromise. However, I have found that with compromise, individuals tend to keep score because one spouse gives up something while the other spouse gets what they want. Then, when the score becomes unfair, one spouse might leave the relationship feeling abused, betrayed or like injustice has occurred.

employees are more likely to jump ship when feel they have no voice in the company.

The solution is collaboration, where both parties (of a marriage or business partnership) honestly put their needs on the table and diligently work to achieve a state of mutual benefit. When we collaborate and negotiate in marriage, both husband and wife walk away feeling their best interests were taken in full consideration.

Collaborating and negotiating in marriage will teach you extremely well how to do the same in outside leadership roles.

Great leaders work tirelessly to preserve vision of the future. The most important part of vision preservation is preparation. It is insuring your successors are well equipped to take the vision even further.

Similarly, you and your wife join forces to build a legacy that will flow through your posterity.Preserving the vision requires full cooperation of the entire team. If you can successful preserve vision in marriage and family life, you will successful preserve it as you lead in roles outside of the home.

You do not have to search far for opportunities to develop effective leadership abilities. Your marriage is a more-than-appropriate setting. Discover how you grow as a leader while you diligently develop your marriage.

Gary is an economist and post-secondary educator. He graduated from Carleton University in Ottawa, Canada. He and his beautiful wife are stewards of four amazing children and founders of Leading and Love.
nextarticle 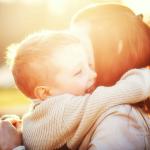