You Might Be a Wife Now That You're Married, But Here Are 5 More Signs You Don't Really Have a Husband at Home.

1. He doesn't ask what you want or need

A disconnected husband is not concerned about what his wife wants and needs. He doesn't know what you want out of life and love and isn't interested in finding out. He may intermittently listen if you directly tell him what you want from him, but he rarely actually addresses the request. And he certainly doesn't dig deeper to find out hidden needs you don't openly verbalize. This kind of partner can never fully satisfy your needs because he doesn't know them and doesn't want to.

2. He doesn't do anything special for you

You don't have a real husband if he doesn't do anything special for you. And it's not just the lack of effort to make you feel loved - the internal absence of motivation to express affection is the bigger problem. If he doesn't feel obligated to do anything nice, special or meaningful for you it means he doesn't appreciate you. He isn't concerned about how you feel about him or the relationship, so there is a complete absence of grand gestures and small acts of service that have sentimental value to you.

He doesn't tell you where he's going or when he'll be back. He doesn't discuss things with you before making big decisions. He refuses to speak to you when in your presence, and doesn't respond to texts or phone calls. He's only a husband in title if he has no issue ignoring you when you are right next to each other. He feels no obligation to interact or engage with you at all unless he wants something from you, or wants to tell you something. Of course, this means he doesn't listen either. You're pretty much invisible to him until he has a need to be fulfilled.

You don't have a real husband if he expects you to do whatever he wants, whenever he wants. He expects you to cook, clean and care for him, cater to him, and anticipate his future needs without voicing any of your own. You shouldn't have your own opinions, wants or personality, let alone independence.

He runs the marriage as a business; minimizing expenditures and maximizing profits. You respond like a charity; giving selflessly and taking little to nothing in return. In this manner, he treats you as an employee and his worker. He requires cooperation with whatever he asks or demands, and is uninterested in differing opinions, suggestions or resistance.

Furthermore, your man doesn't understand his role as a husband if he doesn't see you as an equal he needs to share his life with. He neither needs to respect or include you in his dealings since you are not partners in his mind. He expects subordination, control, and a childlike obedience to his orders and commands. He may genuinely believe men are better or smarter than women, so they need to be led. Or he may believe he is simply more capable and intelligent than you in particular. Either way, this is not the making of a real marriage and is not the mindset of a real husband.

Marriage is meaningful to you, but going from bride and groom to husband and wife is not an easy transition for some. If you realize you are in a marriage all by yourself you may need some professional advice to move forward. If you do choose to move on, noticing these traits in future partners will help steer you away from similar situations, and help you recognize a real husband who takes his title seriously and commits to his vows. 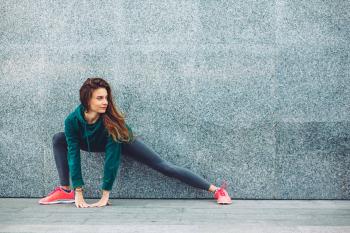 12 10-Minute Workouts That Will Completely Transform Your…