You May Laugh, But It "Is" Possible to Get Your Man to Go With You to Counseling. Here's Why He Doesn't Want to - and How to Change His Mind.

"We need to go talk to someone""

"This has gone on too long. We need help""

Men often dread these words. We men are masters of our domains. We don't even ask for directions - let alone seek relationship help. When a wife asks her husband to go to counseling, this is probably the reaction she'll get.

There are, generally speaking, two types of people who call me when couples counseling is needed: a wife who is seeking help because she is worried about the state of her marriage or a desperate husband who is on the verge of losing his wife. Why do people wait?

What I have found in my work with couples is that most couples seeking counseling usually come in about two-five years after their problems started. They have usually tried everything they could think of to struggle through the issues. They've tried tolerance, ignoring, yelling, talking to friends... Nothing has really worked - only delayed the inevitable struggles that arise. There are many reasons why couples delay counseling, but one of the biggest factors is men's reluctance to access counseling services.

I can't tell you how many times I've worked with couples where the woman practically dragged the man in or just gave him an ultimatum: "do therapy or I'm leaving." This shows the desperate state of those relationships.

Now, to be fair, I don't enjoy having to do things I don't want to do. In fact, many people don't like being told what to do. There are times, though, that we need to do things that make us uncomfortable because they are the right things to do. Relationships are meant to be enjoyed, but they also require work.

So, why do men avoid counseling?

American society has created a false belief that men need to be "tough." I don't think it's any accident that men tend to dominate fields in which there is stereotypical toughness. Parents teach little boys, "Be tough. Don't cry." These messages morph into a belief that being vulnerable is bad.

Men like to accomplish things. Being recognized for the things we have done well is valuable to us. It's hard to acknowledge when we haven't done well at something. Marriage is hard work, and not being able to do it well can potentially be devastating.

Men feel forced by their partners

Knowing you need to do something different and then actually doing it is difficult. Over and over, a man may try to change. He may be successful at times but then end up back in the same place. He may even have unsuccessfully tried counseling before and become hopeless, thinking nothing will work.

Some men believe they have to be in control. Going to counseling puts them out of control. This is something that wives likely won't be able to change and, in fact, is probably a big reason why counseling is needed in the first place.

But you CAN do something

When you and your husband first married, you were swept off your feet and he would probably do anything for you. This slowly changed over time as "life got in the way." What most likely didn't change is that, at his core, he still cares for you. Things can get better.

Here's the key to getting him into counseling with you:

Any and every time arguments arise, you need to talk to him about how you are feeling about things. The folly people make is pointing fingers, blaming and making excuses.

When you talk about how something makes you feel, it is a way of taking ownership while simultaneously giving your spouse the opportunity to believe he has a part to play in the issue. It also allows him to feel that he has some importance in your life. Giving him this opportunity can change things up dramatically.

Once your husband feels like he is needed by you, this can be the turning point. This can be the thing that changes your marriage for the better and gets you both to a place where you once again feel in love.

Dr. David Simonsen is a husband, father and therapist. He likes to learn, laugh and be creative. You can find out more about him and contact him at www.DavidSimonsen.net
nextarticle 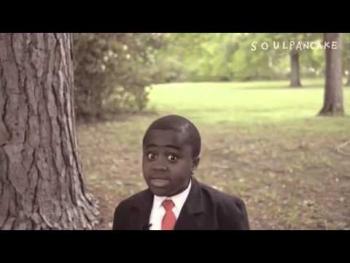 10 Things Every Mom Should Know