5 special days that speak volumes about your marriage

Want a Quick Check-In For How Your Marriage is Doing? Keep These 5 Special Days in Mind.

Great marriages are built and strengthened in the everyday, not necessarily on special occasions. But there are a few days in a relationship that can provide a lot of insight on the health and strength of your union.

They say rain on your wedding day is good luck. But some other occurrences can give clues about who you're marrying and why. Arguing or struggling to get to the altar is an ominous sign of much more turmoil to come. If you haven't found a way to work things out or coexist peacefully by the time you walk down the aisle, you'll have a lot of work to do after the vows.

Nothing in life goes perfectly, but how you handle disappointment on your special day will say a lot. Increased stress and fumbled coordination could put anyone on edge, but keep your spouse's responses in mind. If they lash out or break down at the wedding they may do the same in the marriage.

The most romantic couples may renew their vows or re-propose every year, but how you spend your anniversary says a lot about the state of your union. Not celebrating at all may not be a death sentence to your love, but rather the function of forgetfulness or a busy life. But intentional avoidance of the celebration is an acknowledgment of marital animosity or exhaustion. Why celebrate something you're not happy about?

On the other hand, poorly thought out, planned and put together anniversary celebrations create a sense of going through the motions. Doing the minimum to keep in good standing with your spouse instead of something special that is touching and meaningful communicates a disinterest in feeding the marriage. These feelings can become quietly devastating and lead to resentment and drifting apart.

Birthdays have a similar sense of emotional acknowledgement as anniversaries. Doing something special and personal, even if it's way off base, shows a willingness to try. And that goes a long way.

Most people send not themselves but their "representatives" for the first three months of a relationship. With the aim to impress, you may not get to know who you're really dealing with for quite a while. But bad habits or behavior patterns often show up very early on. They're just ignored because they don't seem to interfere with the relationship. The trouble is these behaviors represent much larger underlying problems that express themselves in many different ways. They may not seem connected at first, but soon you'll see patterns begin to emerge that were right before your eyes all along.

If your desires are overridden and you end up doing what he wants to do, if he's less than courteous to struggling wait staff, or if he brags about himself and holds you and everyone else to very high standards, you'll run into much bigger control and criticism problems later on in the relationship. If he's an aggressive driver (especially with you in the car), drinks a little too much and spends big just to impress, you'll probably be dealing with impulse control and emotional repression before you know it. The signs are there just be open to seeing them.

The worst day of your marriage says so much about your relationship. You can learn so much about yourself and about your mate when you've both hit rock bottom. Lies are exposed, secrets come to light, desires are confessed, and the commitment you've made becomes fortified or brittle. If you have everything out in the open and still feel that deep love and passion for your life and relationship, you have a chance. If you are over everything and just feel apathetic (not numb, but neutral), you're a long way from your wedding day and are facing some serious decisions about your relationship.

Special days that are personal to your marriage are snapshots of where you two stand together. Holidays are a little less representative of the two of you and involve the rest of your family, community or faith. Look at the big days in your life together and decide if you and your significant other need to shift gears and get back on track. 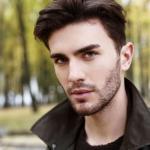 5 Traits Unfaithful Men Have in Common