6 Reasons You Should Give People a Second Chance

Don't Cheat Yourself From Seeing What a Second Chance Could Offer.

Relationships are built upon trust. All your memories previously made with a person fly out the window as soon as you betray that trust. Every smile shared, every place visited, every memory hurts to even think about. It does not matter if it was a romantic relationship, a family member or a friend that betrayed your trust; in the end, it feels like what you had can never happen again.

I know that pain. I have been there before. In fact, every single person in the world confronts the question, "should I give them a second chance?".

While it won't be easy, giving someone a second chance is worth it. These five situations may help you realize why it's so important that you make the right decision:

It's not fair of you not to. Looking back on circumstances may lead you to realize that things ended for the wrong reasons. A miscommunication or misinterpretation led for quick judgement and hurt feelings. After your heart mends a little, review the relationship and see if you are putting too much blame on the other person. It would be fair to give them another chance.

When I was a little girl, I had a journal that I would leave around the house for anyone to pick up. I was 12 years old when I had my first kiss and I remember rushing to my journal to write down every detail of what happened. A few weeks later, my mother ended up reading about that personal moment. She was so angry with me. I was very hurt that my mother betrayed the trust I gave her and read something so private. But then again, I did just leave that journal around the house, screaming to be read by anyone. My trust was betrayed, but part of that was my fault. Sometimes we are the ones to blame when something ends, we just fail to notice it.

One day you will look back on your life. Will you regret completely ending the relationships you did? Always wondering what could have happened if you did give that person another shot wouldn't happen if you gave second chances. Never knowing if something good could have come from the second chance isn't something you want on your conscience.

We are only human. Every single person on this planet makes mistakes. Sometimes people act without thinking of others and without seeing right and wrong. I'm not trying to defend or make excuses for anyone, but try to put yourself in their shoes before making a conclusion.

While I was in college I dated this guy that I was really interested in but he was not looking for a serious relationship at the time. I ended up being pretty bitter and hurt over the ordeal. A few months later, everything changed. This man came back wanting a serious relationship. I was confused and surprised, but the whole ordeal helped me realize how drastically circumstances can change.

As it turns out, second chances are miracles in disguise. Life is constantly offering you second chances, so don't make the mistake of taking them for granted. 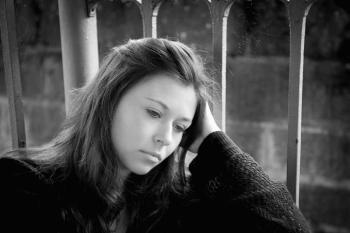 What God Wants to Tell You When You're…