Are You Considering or Going Through a Divorce? These Six Truths Might Surprise You But Will Help You Plan and Cope Successfully.

Many spouses who are in a troubled marriage don't want to divorce because they're afraid of what life will look like after they divorce. They think that they're unhappy while they're married but they're worried they'll be more unhappy after they divorce. They believe that having to split custody, divide assets, date again and provide financially without another person's income will be worse than if they stayed in an unhappy marriage. Well, some of this is true. And some of it's not. Below are six often surprising things to expect after you get divorced.

If you think your in-laws are a bother now, wait until you divorce. Your ex-in-laws still want to spend time with their grandchildren and you still have to coordinate time with them. You'll still have to split holidays with them only now you have no say over what holidays your kids go over there. When it's your ex's holiday to have the kids, she gets 100 percent decision making power over where they go and what they do.

2. Dating again isn't as bad as you think

Most of the people your age who are dating are also divorced so, despite contrary belief, it doesn't actually feel like you're wearing a scarlet letter announcing your divorce since everyone else is, too. Sure, there's a little more to navigate when you're dating (like deciding when to introduce romantic interests to your kids) but because you're older there's also usually a lot less drama.

3. You'll still be bothered by your ex

This is one that seems to be most surprising to people. A lot of people believe that once they divorce they won't be bothered so much by the stuff their ex does. The truth is you still are. If they didn't help your kids with their homework before the divorce, they probably still won't and it'll probably still bother you. If they were irresponsible with their money, they probably still will be and it will probably still have an effect on you even though your finances are separate. You may still have to be the one buying most of the clothes for the children, making sure they have all their school supplies and paying for activities.

4. You'll still have to learn to get along with your ex

This is another one that is surprising to a lot of people. A lot of people think that once they divorce they won't have to work on getting along with their ex anymore. The truth is (as mentioned in number three above) their ex still does a lot of the same things that annoy you and even though you don't see them as often, you still have to learn to make peace with those things that annoy you so much. You have to learn to make peace with them or else you'll never be an effective co-parent. If your spouse is bad with finances, you have to learn to let it go so that you can get along with them amicably and trust that they're making good decisions with your children. I often hear people complain that they can't trust their ex-spouse to make good decisions with their children because of the same habits that they divorced them for. But the truth is, unless they're doing something neglectful or abusive that would warrant a call to social services, you have to learn to let it slide.

5. You're not as alone as you think

Ever since the late 1970s the divorce rate in the U.S. has been around 50 percent. That means that almost two generations of Americans have been divorcing at a high rate. As a result, you're not as alone as you might think. There are literally millions of divorcees who have gone through what you're going through and who are also currently going through what you are. You probably have a couple of friends who've been there and done that who you can lean on. Beyond that, there are all sorts of books, bowling clubs and singles groups for people just like you.

6. There is life after divorce. And it's happy

Divorce isn't something anyone plans on. People often feel like they've failed or that they're now wearing a scarlet letter because of it. The truth is, divorce isn't as stigmatized as you might think. And there is happy life after divorce. Just like any life change (like moving or getting a new job), divorce is an adjustment. But, once you learn how to adapt to it, you'll find that there's happiness there, too. So don't let yourself get bogged down by the fear of divorce.

If you're currently contemplating or going through a divorce these six things can help you anticipate what lies ahead. Knowledge is power and these six things will help you transition, heal and get started leading the life you want. 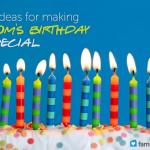