The Tragedy That Pornography Can Bring is Beyond Our Comprehension. Here Are 6 Ways to Protect Your Daughter From the Unimaginable.

She said the drugs contained their depression. It took them to a fantasy world because the reality they were living was a nightmare."

Some of the young women simply cannot take the shame and depression it brings on as was the case with a young "19-year-old college student who committed suicide just two weeks after making her first pornographic video. This was a student with a straight-A GPA with future plans to be an anesthesiologist." (Ibid, LifeSiteNews)

What causes a young person, or anyone, to get caught up in this type of business? In this same report Michelle Truax, who works in pornography addiction recovery said, "While I don't have any official stats, I can tell you that almost all - if not all - of the women who have been mentored through our ministry have suffered with bouts of depression... .

"It goes so much deeper than just the obvious," she said. "We have found that all of the women we have mentored have had issues in their past that caused them to seek out this type of work in the first place. Some will tell you that it started with stripping and the high they got from the attention was incredible for them, because they had never received that kind of attention before."

6 ways you can protect your daughter

No parent wants his child invovled in pornography and its aftermath. Here are a few steps you can take to protect your daughter from ever going this route.

1. Help her feel loved and cared about

Nothing is a stronger influence in helping children, no matter their age, to make good decisions than parental love. That means being there for your child when she's going through tough times. Be a sounding board for her and a place where she can talk without being continually criticized. Just listening can be a great indicator of your love.

2. Focus on her personal self worth

Give her opportunities to develop talents that will lead to positive outcomes. Praise her when she does well. Let her know she's pretty without going overboard. Help her keep balance in her life. Give her time to play and just be a kid.

3. Know who she is with and where she is going

Doing this during her pre and early teens will set the stage for her to check in with you when she's older. Reasonable boundaries in this area are important. If you don't know where she is or who she is with you have little control over what may be happening to her. Even though she needs some independence as an older teen, she still needs to feel your interest and concern for what she is involved in. That's a security blanket for her, even after she's off to college.

4. If you sense she is suffering from depression, get medical help

There are signs that can alert you. Some are loss of interest in hobbies, feelings of guilt, a general sadness that doesn't go away, loss of appetite, insomnia or excessive sleeping. These are a few of the symptoms that can alert a parent to the problem. If you have concerns, look into other symptoms that may indicate she's in a full-fledged depression.

5. Teach her the pitfalls of being involved in pornography

Children need to know how dangerous and destructive pornography can be. Education is the best defense against evil practices. For help in teaching about it, read this FamilyShare article by Valerie Steimle.

6. Live a life of decency yourself

Be your daughter's example of someone who makes wise choices. If she sees you engaged in behavior that is less than admirable, she has no anchor to hold on to. On the other hand, if she sees you enjoying life by developing your own talents and serving others she will be more inclined to follow your example.

Doing these six things will help your daughter have a healthy and safe life, keeping her free from the dangerous allure of pornography. As you put these suggestions into practice, pray for God's help in being an effective parent and pray for him to protect and watch over your precious daughter. He will. After all, she is his daughter, too. 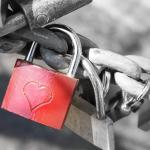 4 Ways a Strong Marriage Helps With Everything…