7 Reasons Why the Smartphone Can Be Relationship Kryptonite

Smartphones Are Great Tools For Communicating With Your Spouse But They Can Also Be the Tool to Destroy That Relationship.

Buckle up for a serious topic:

"We were texting back and forth about a project we were working on, because we were on the same church committee. Gradually, the texts became a little more familiar. Then, I found myself looking forward to the texts, and over time we started sharing more, and " I guess you could say I'm involved in an emotional affair. I want to stay married, but I feel like I love this other person."

I have heard some version of this explanation several times over the last year alone.

In just the last few months, 80 percent of my new couples cases in therapy have centered on emotional affairs perpetuated through electronic communications. In every instance, a smartphone facilitated more frequent and ongoing connection than a traditional computer or laptop.

I realize that one therapist isn't necessarily a representative sample, but in my conversations with other therapists, they report the same phenomenon. I see this as a growing problem. It scares me. It should scare you enough to be very cautious.

I started seeing my first couple in therapy in the fall of 1989, long before the ubiquitous use of cell phones. At the time, I couldn't even imagine carrying an entire computer around in the palm of my hand. I have to admit I love my smartphone " enough that I might hurt you if you try to take mine. However, as a couples' therapist, I have observed how it has changed the playing field for potential relationship infidelity.

In many ways, emotional affairs are more difficult for me to deal with in therapy than physical affairs.

Here's why: technology-facilitated communication creates real emotional bonds. In fact, relationships in which people never meet face-to-face are some of the most long lasting and stable, largely because they are in essence relationship fragments and not whole relationships. Because they lack reality testing, resolution is seemingly more difficult.

Affairs occur from proximity. In short, people have affairs with people with whom they share space and experience. Smartphones have increased the range and duration of proximity. In a way, you could argue that they have provided us with some "superpowers." However, I too often see the kryptonite side. Here are seven reasons I believe smartphones with their digital technology exacerbate potential risk for emotional infidelity:

When you carry your phone around all day, you can continuously carry on a conversation with another individual and receive immediate responses from them, which essentially keeps you potentially connected all the time, and getting a response from someone generates a very real physiological reaction.

Any smartphone affair is a relationship fragment. It's easy to have a relationship with little investment where all that is required of you is to chat. It's different when you need to help with the dishes or bills or other mundane events of daily life.

Smartphones do not have bad breath in the morning. They do not leave their dirty socks all over the house or the toilet seat up. They do not argue. So, now you have a partner who responds but doesn't have body odor. Enough said.

When people are engaged in digital relationships, they have the ability to hide their undesirable qualities and promote their desirable ones and accommodate partners easily.

Even though digital relationships are often discovered, they can be hidden for indefinite amounts of time, and when they are discovered, partners get better at hiding them.

7. Multitude of ways to connect

The possibilities are endless. I have had clients start affairs with various apps on smartphones, including Facebook, games with messaging capability, email, Instagram, Snapchat, etc. ANYTHING that connects you to someone is potentially hazardous.

It's about more than boundaries

Anytime online emotional affairs are brought up, most people go to the obvious discussion of boundaries. While it's a no-brainer that lack of contact will inhibit an affair, I don't think this is the biggest problem. I am certainly an advocate for boundaries in communication, but the biggest problem with emotional affairs lies within the marital dynamic. When one partner begins disclosing something to someone he/she can't tell his/her spouse, that's when the relationship is vulnerable to possible infidelity.

When one partner experiences the other as unsafe or unapproachable, and can't share fears or hurt, the partner can sometimes literally become the enemy, and a wall is erected to prevent closeness. If a wall is erected between partners, any intrusion from the outside is more likely to occur.

What to do about it

If you feel like you can't approach your partner, the fastest way to begin shifting the relationship is to talk about the wall and how you would like to be able to have the kind of relationship in which you can disclose. Get relationship therapy, if this doesn't seem likely.

Please, please please, I am BEGGING you, as a couples' therapist who swims in a sea of infidelity pain every week " deal with the resentment in your relationship. Do NOT leave it alone. Silence is not going to save you. What you think is long-suffering is placing the relationship at risk.

The smartphone is not the enemy. The distressed relationship is the enemy

However, your smartphone doesn't care if you save the relationship or not. It can indeed be kryptonite. 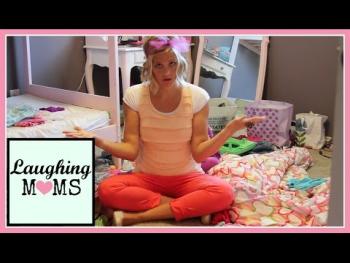