Some of the Things That Can End Up Ruining Your Marriage Aren't the Obvious Ones. in Fact, They're Things People Rarely Talk About.

There are some things you expect to have a negative impact on a marriage. Infidelity is one. Financial incompatibility is another. But there are several unexpected things that can end up ruining a marriage, too. Here are a few of them:

Everyone wants their wedding day to be special. It's a day that should mark the beginning of our greatest adventure...and that's part of the problem.

If you're 100% focused on planning the perfect wedding, you're almost certainly not planning the marriage that follows. Many of those painfully short marriages we've all witnessed are the result of a bride getting carried away with planning the wedding, rather than spending time building the foundations for a marriage.

When you make getting married all about that one special day, it's possible to get every little detail right, except the groom. You can have the best wedding day ever, and still wake up on the honeymoon to realize you may have married the wrong person.

So many of us spend our single life looking for the perfect guy. The problem? No-one's perfect, although it's certainly possible for someone to persuade us he is, maybe even for long enough to lure us down the aisle.

Real men have flaws, and they admit to them. They have past lives and they've made mistakes. These days I tell my single girlfriends (only slightly tongue-in-cheek): "If you've met someone who seems perfect in every way, run. That guy's hiding something."

Marriage is deceptive. Most people do it, so it should be easy, right? We all know plenty of married couples. Mostly they don't share the ups and downs, challenges and messy parts of their marriage. That's fair enough. Couples don't want to air their grievances and wash their proverbial dirty laundry in public which is a good thing, but it leads to a huge misconception.

It means people go into marriage thinking it's easy. It's not. Getting married is easy. Maintaining a marriage is hard. Some days it feels like it's the hardest thing you've ever done. It's sad, but some marriages fall to pieces because people think "it shouldn't be this hard". In reality, life is hard sometimes, and so is marriage.

Before I had kids, I used to see new parents who were considering divorce and think. "I don't know why they had that baby if they were just going to break up." Now I think couples deserve a medal if they get through the baby and toddler years without at least considering divorce.

Having babies affects your marriage. A baby impacts your sleep, stress levels, social life, sex life and finances. Every extra child you add to your family has more of an impact. You can get through it, but not everybody does.

Several studies show that having children puts a strain on marriage, but it's another one of those things that people just don't tell expectant couples. We congratulate them and tell them how wonderful it will be to be parents. It will be wonderful, of course, but for most couples there's a whole lot of marital discord mixed up with the wonderful.

One study indicated that couples struggling with infertility are three times more likely to separate. Similarly, and miscarriage and stillbirth can also often lead to divorce. In fact, SmartMarriages.com identifies childlessness itself as a factor that can make divorce more likely, stating that around 66% of divorced couples in the United States are childless.

Even if your parents had a great marriage, modeling it may not lead to the perfect marriage for you. Expectations change and a lot happens in a generation.

Some men may feel that the woman they marry should take on a more traditional role, while their wife has other ambitions. But this can work the other way around too. If you're a woman who had a very traditional, stay-at-home mom and you want to do the same, be aware that your man may not be as financially supportive as you'd like. Reasonably enough, many men no longer want or expect to be the only breadwinner.

It's probably best to forget expectations based on your own parents and work out a family structure that works for you.

We've all heard the warnings against young marriage, but that doesn't mean that marrying later is always better. Statistics from the Institute of Family Studies suggest that people who marry in their mid forties are as likely to divorce as those who marry as teenagers. As it turns out, the best (and worst) ages to get married might surprise you.

There's no guarantee that any marriage will last, but it doesn't hurt to be aware of some of the lesser known issues that can impact your relationship. It might just you and your spouse work together and keep your marriage intact.

Sign up here for our weekly FamilyShare email and get more of the stories you love. 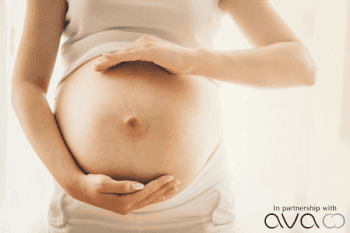 5 Foods That Increase Your Likelihood of Getting…