8 innocent habits that can actually sink your marriage

Are you hurting your marriage without knowing it?

Your seemingly small and innocent daily habits can do more to your marriage than you may realize. Research has shown that the many little things are more likely to split a marriage than one big thing.

Even if you relate to these bad habits, that doesn't mean you are headed straight for a divorce. Understanding the possibilities of it happening through these 8 innocent habits you may have can strengthen your marriage to the point where the idea of divorce never crosses your mind.

Only smiling on special occasions

You may not be known for your smiling, but you probably never thought it could destroy marriage. But it can! Individuals who are constantly smiling spread their happiness to their partner and are more often than not the type to seek and sustain the relationship.

A 2009 study at DePauw University found that women who did not truly smile enough as a child were 5 times more likely to get a divorce as adults. Smiles are contagious, so even if you fake it for a while, in time you will be as happy as you hoped.

When he knew the difference between a Ralph Lauren and a Michael Kors handbag, you knew he was your soulmate. Going shopping with you is one of his favorite things to do and he actually has great taste in fashion. You can't imagine this ever being a problem, until you heard these statistics.

Couples that admit to loving the material things and spending their money score 10-15 percent lower on marriage stability than couples that don't believe money is important to them. Bickering increases no matter how well off you are and you are less responsive to each other.

The less ties you and your spouse have together, the easier it is to get out when times are tough. Your decision not to own your home removes a huge commitment, making it easier to walk out the door.

If you own it, you are more likely to stick it out. You know in even the hardest of trials, you were able to get through so much to be where you are and it isn't worth losing. Plus, throwing in the towel would be a huge mess that would take months to actually solidify, which is not worth it.

Having lunch with the wrong friends

Although you value your relationship more than anything, there may be people around you who don't necessarily have the same opinion. Be careful who you choose to spend your time with, especially if they do not agree with the way you have chosen to live your life. The opinions of others can make you start to doubt whether you are actually happy with where your life is headed.

Saying no too much

All he wants to do it spend some time with you, and you are putting chores over him? Sure, there are plenty of things around the house that need to get done, but putting your husband on the "get to later" list is not the answer.

It doesn't take much time to cuddle up on the couch to an episode of "The Office." But when you repeatedly say no to his requests, he is going to think you are trying to avoid him. This can add additional frustration and worry, hurting your marriage.

Taking advice from the internet

Your spouse is sad and you don't know what to do, so you ask Google how to handle it. Um ... try again. Google does not know your husband like you do. Assuming that you can find everything you need to know from the internet will only lead you away from the real issue, or at least the real answer.

Your husband works north of town, while you travel down south about 30 minutes from your home. You felt that buying a house in between both locations was fair.

Although you think you are doing the right thing for the both of you, you are actually doing the exact opposite. Irene Huang and her colleagues from the Chinese University of Hong Kong found, by studying American couples, that there is a direct correlation between marital happiness and the direction in which they commute to work.

When couples travel together, they feel their goals in life are the same. When they travel in different directions, they realize that they are happiest when separated from each other.

Starting a fight with your fists up

This does not mean a literal fist in the air, although that would most definitely be a bad sign. I'm talking about being overly defensive when conflict arises, escalating an argument for no real reason or letting your emotions get the better of you. Your spouse will immediately shut down and the possibility of having a real conversation is unlikely.

Don't be aggressive when discussing an important subject. If he only hears your anger and not your words, then what is the point? 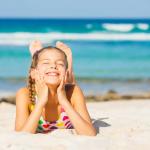