8 reasons why men betray their wives

An affair used to be considered an actual physical sexual encounter between people. Today, however, one can step out on his spouse from the comfort of the living room.

Infidelity looks different today than it did in the mid-90s. Back in the Carter administration, when Murphy Brown and the X-files were still hanging on, an affair was considered an actual physical sexual encounter between people. Today however, infidelity is in the eye of the beholder. Sometimes, literally.

The Internet has opened up a world of opportunity to the gentleman looking to look around. The surge in social media usage has upped the ante even more. Now, not only is pornography readily available, but you can have the woman of your dreams hook up via webcam for something a little closer and more personal.

With Facebook encounters, chat room roundabouts, and pornography practically volunteering many men can take a quick respite from their relationship for an hour or so from the comfort of their living room.

Such behavior hasn't flown in under the spousal radar. A recent poll from HuffPost/YouGov said 85 percent of women and 74 percent of men consider such online activity cheating.

Stephanie Nolasco in "Does Sexting Count as Cheating? Experts Weigh In" commented on a recent political scandal:

"The married (political candidate) has admitted to 'sexting' a number of women, but has denied doing anything physical with them. Some say such behavior, while alarming, doesn't amount to cheating."

The "some" indicated was probably this politician's publicist.

"I did not have sex with that woman" said another elected official at the peak of allegations of impropriety while he was in office. His wording was selected for him by well-paid practitioners of the law.

Setting aside the specifics of sexual acts for another conversation, what is cheating? Is sexting considered infidelity? How about trolling for a bite; is that cheating? Try listening to the Pina-colada song. The man answers an ad in the paper and then meets a lady in a restaurant later? How cute. Cheating?

Robert Weiss, LCSW, likes to give a little reminder to gentleman who step out of their relationship without physically stepping out.

"When a man makes a vow of monogamy to a spouse or significant other and then breaks that vow, he is in violation of a relationship contract. I further discuss with them the idea that infidelity is not defined by any specific act (sexual or otherwise), but rather by the keeping of secrets in an intimate relationship."

Short story - other than a handful of politicians, people generally characterize sexting and pornography as cheating. So, why do committed men in a relationship cheat?

Perhaps an equally telling question you may want to ask is, why does this man think cheating is acceptable? 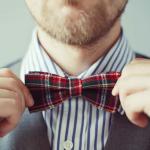