8 things never to say to your daughter-in-law

Are You a Mother-In-Law Who Wishes You Were Closer With Your Daughter-In-Law? Try to Avoid Saying These 8 Things.

This article is a different perspective than you might expect on this topic. I'm not a mother-in-law yet, but I am a daughter-in-law and I have a lot of friends who are also daughters-in-law (DILs). Between us, we pooled this list of the most unflattering or annoying things our mothers-in-law (MILs) say to us.

There is a caveat: some daughters-in-law have great relationships with their MILs. They don't mind when their MILs offer advice unasked or question how they run their households. Unfortunately, this isn't true for everyone. These suggestions are for those well-meaning, wonderful mothers out there that want to know what they can do to improve their relationships with the wives of their sons (because nothing else they've tried has worked so far). Avoid saying the following things, and you're sure to notice positive results.

Why do you do it that way?

Besides the obvious problem of it being a somewhat rude question, DILs like to feel in control in their own households. Being questioned on a habit they've had their entire married lives can be bewildering and hurtful. If your DIL won't use her dishwasher, instead choosing to hand wash all her dishes, smile politely and keep your curiosity to yourself.

Here's how I would do it

Unless she has asked for your advice, your DIL doesn't really need to hear your opinion. She has her own sources she turns to when she has questions and if one of those isn't you, don't invite yourself to the party. Wait patiently to be asked before offering advice.

Though you'll never stop loving your son or forget his best friend's name from elementary school, your DIL won't appreciate it if you take every opportunity to prove you know your son better. The fact is, she might know him better than you do now, and you'll only embarrass yourself (and him) by reciting childhood preferences.

Did you know your child likes to go for walks?

When grandchildren come into the picture, you'll want to step even more carefully than before. Never give your DIL the idea you don't like the way she parents her children (unless, of course, it is actually harmful). And insinuating you know something about her child she doesn't is hurtful. Assume she already knows most things about her son or daughter.

Back when I was a young wife, we had things a lot harder

Yes, things were different when you were first married, but does that necessarily make life harder? No, it just makes it different. Even if you did live in very straightened circumstances, telling your DIL about them as though she ought to be more grateful for her own life won't make her appreciative. Tell her about your early married years as a shared experience, rather than as a lesson.

You shouldn't let your children watch so much TV

Again, this and other similar choices are personal parenting decisions that you don't really have any say in. How your grandchildren are raised is up to your son and DIL, and any pointed pieces of unsolicited advice from you won't be welcomed and will only further ostracize your influence.

He never was any good at that

Criticizing your son, even playfully, can be very insulting to your DIL. After all, she was the one who chose him as her mate, and she'll be understandably defensive of her lifelong companion and friend. Any constructive criticism you have should be given to him directly, if at all. Trespassing on such dangerous ground is likely the quickest way for landing in your DIL's black books.

Why don't you guys move closer?

Of all the questions you could ask, avoid this one at all costs. It's extremely personal where a family chooses to live and work. Most of the time, it's out of their hands anyway. They must go where the jobs are. If that isn't in your town, you'll have to learn to live with it. These days, there are many ways of communicating long distance so it isn't as though you'll never get to speak with them.

In-law relationships are often uneasy, but that doesn't mean they can't improve with time. Before she married your son, there was a period of courtship when your DIL and son had to date and get to know one another. Apply this same timeline and technique to your own relationship, and in time you two will grow closer together as well. 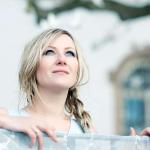 Self-Evaluation and Changing For the Better