Self-evaluation and changing for the better

A little self-evaluation can bring big benefits. When you recognize and act on changes that need to take place, you can experience far greater happiness in your life.

Do you ever wonder where you stand with God? Or do you even think about it? There is a poignant story in the Bible that tells of Christ as He broke bread with His disciples on His last night before He sacrificed His life for mankind. On that solemn occasion He said something to His beloved disciples that must have cut them to the core. He said, "One of you shall betray me."

Public speaker and religious leader, Dieter F. Uchtdorf pointed out that "The disciples didn't question the truth of what He said. Nor did they look around, point to someone else, and ask, 'Is it him?'

"Instead, 'they were exceedingly sorrowful, and began every one of them to say unto him, Lord, is it I?'"

Uchtdorf raises the question about what our own response might be. When it comes to our lives we tend to think it's others who need to change, not us. When it comes to needing to realign our spiritual selves is it just too hard to ask, "Is it I?"

Everyone needs to reassess their lives from time to time, and then make changes where changes are needed. That's called progression. That's what life is all about - leading a life that daily brings us closer to God, resulting in far greater happiness.

"[T]hose who want to improve and progress, those who learn of the Savior and desire to be like Him, those who humble themselves as a little child and seek to bring their thoughts and actions into harmony with our Father in Heaven - they will experience the miracle of the Savior's [love]. They will surely feel God's resplendent Spirit. They will taste the indescribable joy that is the fruit of a meek and humble heart. They will be blessed with the desire and discipline to become true disciples of Jesus Christ." (Uchtdorf, Ibid)

A POW discovers the key

In the New York Times bestselling book, Unbroken, we discover that's exactly what happened to World War II prisoner of war, Olympic runner Louie Zamperini. It's hard to even imagine the torture, the endless pain and suffering he endured for far too many years. His heart was filled with bitterness, to the point of obsession, over the relentless torture he received from a particular prison guard. Even after his release, the hate was eating him alive. Then a miracle occurred. Though it wasn't stated in these exact words, it was almost as if he had the epiphany of "Is it I?"

It happened at a Billy Graham revival. His wife had begged him to go with her. He was adamant about not wanting to go, but finally relented, just to please her and to basically get her off his back. The first time he went he fled in disgust. She persisted and, under protest, he went back with her again. This time something happened during the sermon that reached into the depths of his troubled heart.

That's when he realized that he was the one carrying the hate, not the prison guard. He couldn't change what the guard had done, but he could change his feelings of revenge and bitterness. It was then that he recognized all that God had done to save him from death at times when death seemed imminent. In the depths of his despair he realized he had been surrounded by miracles. At last, he knew what he needed to do. He gave up habits that had bound him down; he turned to the Bible and began reading and rejoicing in the promises of God. He became a changed man. From that moment on his life was filled with peace. (Laura Hillenbrand, Unbroken, Random House, pg 381-383)

Here are three ways you can make this happen in your own life.

(1) Be honest in your self-examination. Look at areas of your life that need a little remodeling.

(2) Don't be afraid to give up destructive habits that pull you down.

(3) Turn to the Bible and find the peace and instruction that leads to a happy and fulfilling life.

Now for a final clue to becoming your best self: "Humble yourselves in the sight of the Lord, and he shall lift you up." (James 4:6, 10) 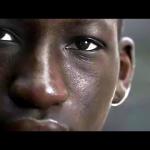 What Do You Believe About Yourself?