A letter to men – read before you look at pornography

Before You Consider Watching Pornography, Weigh the Consequences of Your Actions.

This article is brought to you by Bloom, an online resource of support and education for women working to recover from betrayal and broken relationships. Get answers from experts, connect with women like you, and begin the healing process today. Click here to watch the video.

I recently had the opportunity to listen to three women discuss the difficult and painful process of removing themselves from the world of pornography and sexual exploitation. It was difficult to listen to their stories of abuse, violence, and degradation. They spoke about the manipulation, deceit, and suffering they experienced for years. Each of them discussed how devalued they felt by the images being taken of them. They described taking drugs and alcohol in an effort to endure the pain of the sexual acts they were being asked to perform. Having to dissociate themselves from reality to cope with what was happening to them.

No they did not enjoy the torture they had to endure.

Here is a list of four different groups of people who are harmed by your choice to watch pornography.

There are currently millions of pornographic websites designed to provide consumers the idea that women enjoy what is happening to them in the videos. The pornographic videos portray the sex acts being performed as normal or what sex should be like.

Once the videos and images have been doctored up and produced for mass consumption, then enters the second victims—the consumers both old and young.

For this reason, if you watch, you too can become a victim. Even if consumption doesn't begin until later in life, in my research I found that "consistent exposure over an extended period of time is related to mental health challenges like depression, anxiety, loneliness, and lower life satisfaction.

While many believe it is "just pornography" and that it is harmless entertainment, this simply isn't true. In my research with 1500 women, I found that more than 75% of the women felt violated. Many felt replaced by the images and videos and felt hopeless in trying to compete with the sexual material their husbands were viewing.

Those who view pornography often struggle with their spouse after discovery. Their sex life changes as sexual frequency declines and simultaneously arguing and fighting increases. Women feel betrayed and often exhibit signs of Post-Traumatic Stress Disorder (PTSD). Trust is lost and the foundation of safety and security in the relationship is lost. Sadly, divorce is a frequent outcome.

The final victim of pornography is the children who are raised in homes where their mom and dad are disconnected and emotionally unavailable to support them due to the impact of his choice to watch pornography.

One woman described her response to discovering her husband's involvement in pornography this way, "I've taken to lying in the bed for the greater portion of each day everyday. I don't participate in family activities anymore at or away from home. Most of the time I spend with my four year old daughter is in my room while I'm lying in the bed." In her traumatized state of mind, this mother was not able to nurture her child.

I believe we should be discussing the harm pornography creates. The damage begins with abuse of women and ends with neglect of children. It harms everyone in its way. So please, before you choose to view pornography, consider its countless victims, including yourself.

Bloom specializes in providing online support and recovery for those involved unfaithful relationships. If you or someone you know needs help, Bloom may be a valuable resource for you. Click here to watch the video. 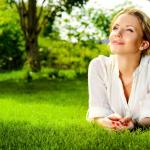 51 Ways to Reduce Stress Before It Even…