Second and Third Marriages Have a Whole New Set of Complications. Why Not Work on Fixing What's Wrong the First Time Around?

When the going gets tough, we are often tempted to think about divorce. Some say divorce is the easy way out. But those who have been there will tell you the hard part comes soon enough.

I once had a friend say to me, "It takes more energy every day to make my second marriage work than it would have taken to just fix what was wrong in my first marriage."

That statement stopped me dead in my tracks.

I realized that so many of us in second and third marriages feel the same way. It isn't that the new marriage is necessarily a bad marriage, it's just that marriage has now become much harder than it has to be. Why? Well, let's name a few possible reasons. His kids, your kids, his ex-wife, your ex-husband, all the ex-in-laws (didn't think of that one did you), the two households being merged, the child support going out, no child support coming in, whose furniture stays and whose goes, differences of opinion about money, different rules for kids, even the family pet can become an issue, for heaven's sake!

Wouldn't it be great if couples would actually work through the difficulties they are having, no matter how serious they are, and keep that first marriage together? In a perfect world, right?

Too many of us leave our marriages for reasons that later have us asking ourselves, "What was I thinking?" So, if you're considering divorce, or you know someone who is, here are three suggestions that will help you begin putting things into perspective and start thinking through things logically.

1. Write down the pros and cons

Find a quiet place where you can think. Take a notepad with you and write your thoughts down. Ask yourself hard questions like, "How will my life change if I end this marriage?" "Am I still in love with my husband?" "Am I leaving for selfish reasons?" "Will I be better off?" "How are my children going to be affected by this decision?"

2. Learn from others' experience

Take a long, hard look at some of the people you know who left their first marriages. Just observe. Look at things like their attitude, their money situation, their children, their circumstances, their relationship with the new spouse and their stress level. Watch and listen, and pay attention to the details.

Talk to someone you trust whether it be a parent, a close friend, a counselor or maybe someone who has experienced a divorce. Listen to their advice and consider how it might help you in your decision.

While, in the end, some will come to the conclusion that divorce is most definitely the answer, many may come to realize that there are many things about their marriage that are worth staying for. If we can focus on the good and fight for that, maybe the bad won't seem so overwhelming.

There are many second and third marriages that are successful for different reasons, and all of those people will tell you it has taken so much work. Why not work on fixing what's wrong the first time around, and see if you can use all that extra energy doing something you love?

Janeen Diamond began her career with KUTV News, and hosts productions through her company, "Your TV Spot." She has authored, "Save Your Marriage in 30." Janeen is co-creator of "Teen Impact TV." She writes for HopeAfterDivorce.org and FamilyShare.com
nextarticle 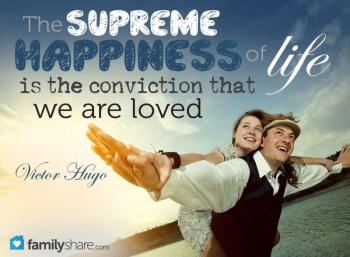 How to Make Your Husband Happy