Are You a Good Listener?

Being a Good Listener Means Much More Than Being Able to Repeat What Someone Has Said to You. in Order to Be a Good Listener, There Needs to Be Understanding, Patience, and Respect.

Excuse me, did you say something? Oh sorry, I wasn't listening.

If you have ever said those words, then it's obvious that you weren't being a very good listener. But being a good listener is more than just hearing when someone speaks. You have to try to understand the meaning and intent behind what is said. Being a good listener will improve your personal and professional relationships, help you to achieve your goals, and put you on the road to becoming the type of all-around good person that people like.

So, how do you become a good listener? Well, you can start by asking good questions. Human beings are incredibly complex social animals; what you see on the surface isn't even close to what is out of sight. The trick to listening well is looking past the tip of the proverbial iceberg.

Let's say for example you ask your co-worker Larry, How do you think that meeting went? and his reply is, I wish team meetings weren't such a waste of time.What do you do? Do you think to yourself that Larry has a bad attitude? Maybe Larry needs to learn to work better with the team. Now you're annoyed. Which leads you to say to him, Well, maybe if you paid more attention and contributed every once in a while, then they wouldn't be such a waste of time. You can see where that conversation will go.

A better direction would be to ask Larry some follow-up questions to dig down deeper into the meaning of his first statement.

You: Why do you think the meeting is a waste of time, Larry?

Larry: Well, Linda and Joe are always opposing each other. It doesn't matter what one will say, the other will automatically take the opposite viewpoint. It's awkward and it makes everyone uncomfortable. Plus there is a lot of time spent trying to get the two to stop bickering.

You: Hmm, that's really interesting. What do you think we can do to make the meeting better?

Larry: Maybe we could set up a ground rule where everyone can say their viewpoint without interruption. Or maybe someone can talk to Joe and Linda separately to see if there is some underlying problem that needs to be resolved. Setting up a time limit for the meeting so we can cut through the unnecessary chatter might help too.

If you spend a little time listening to what is really being said instead of simply reacting, you find that Larry has some legitimate concerns and some possible solutions to the problem. It takes patience to truly listen. Larry feels like he's being heard and someone is taking him seriously and you have some ideas to help solve a problem. It's a win/win situation.

The other day, my teenage daughter was late for school. Before running out the door, she made herself breakfast and a packed lunch. While she made sure to bring her with lunch to school, she left behind a mess of epic proportions. This is very uncharacteristic of her and it bothered me enough that I called her on the phone. She told me that she was in a hurry and she didn't have time to clean up the kitchen. I stayed calm and didn't get angry. A few hours later, I received a very sweet and apologetic text message from her. When she came home that evening, we used what had happened as a starting point to have a more meaningful conversation, and were able to talk about how she was really feeling. She was stressed because school had just started and her schedule was so heavy. If I had chosen to stay on the surface of the problem (a fantastically messy kitchen), we probably would have both felt bad about the situation and maybe some hard feelings would have developed between us. But because I was patient and willing to see if there was something else underneath the surface, my daughter felt loved and understood by her father and our relationship was strengthened.

In order to be a better listener, it's important to get past the superficial layer and be willing to dig down deeper to more meaningful dialogue. It takes courage to ask hard and emotional questions but if you really respect that person, then you'll be able to get through it. Be an active listener. Don't jump to conclusions; be patient and gentle and go beneath the surface to find what is really there.

Eli Manning, quarterback for the New York Giants, was once asked by a journalist what he felt was the foundation of his success. He answered that his love for his teammates was the thing that really made a difference. His response does not only apply to athletic situations. If your teammate's trust and respect you, you will be much more successful in your ventures. When you listen, listen. Being a good listener is a situation where both sides benefit. Now get out there and have a good conversation. 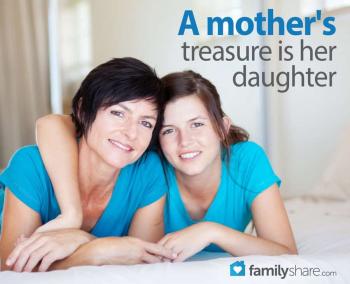 Teaching Daughters to Value Themselves, and Demand the…