Ashley Judd and Taylor Swift Take a Stand Against Sexism – Who Was Right?

Yes, There Are Lots of Nasty-Minded Men But There Are Also Wonderful, Genuine and Kind-Hearted Men Who Are Sincere in Their Compliments and Gestures.

"Hello, honey," the gentleman at the deli said with a warm smile. "Now what can I get you today?"

We were in Nashville, Tennessee, on a company tour for Utah COPA's pop music program and were wandering the streets downtown looking for a place to eat when we spotted Rae's Gourmet Sandwich shop. It had a huge line, which is always a good sign.

After looking at the mouth-watering menu and debating which giant sandwich would be best, it was finally my turn.

I couldn't keep from smiling at the use of the word "honey." I told the man at the front - who I later found out was the owner - my selection, and thanked him. "You're welcome, darlin'," he said with another smile.

Flattered isn't the right word. I felt like he truly cared about me. And it wasn't just me - every single woman and girl that stood up to his glass counter filled with sauces, cold drinks and giant double-fudge brownies got the same treatment. We were all "honeys" or "darlins" or sometimes "sugars." And the men and boys were all "brothers." It was this beautiful sense of, "we are all here to be nourished together" that lit up the entire the deli.

After we ate (one of the best gourmet sandwiches I have ever had, by the way), we asked if we could get our picture taken with him and his incredibly kind staff. Of course, they said yes. We thanked him genuinely for his outstanding service. That man put so much love into something as simple as making a sandwich, and as a result, it put everyone else in a good mood. That place had a special feeling.

Contrast this with the video actress Ashley Judd posted the other day about a security guard at the airport calling her "sweetheart."

"I'm not your 'sweetheart,'" she told her Facebook Live audience in a retelling. "But I am your client." This remark was "setting a boundary," in her words. Judd went on to say that she thinks this disrespectful "name-calling" is "the kind of thing that happens which I categorize as everyday sexism." He then had the gall to say she had on a "nice a dress."

"I set my stuff on the... doohickey? You know, the doohickey that rolls, and guess what happened next? He touched me." And apparently oblivious to her "burning skin and feet" he told her to "have a good day!"

We women are born with an innate sense of "ew." We know instinctively when a man is being kind and friendly, like the man at the deli, or when a man is being gross like the former radio host who wasaccused and recently found guilty of sexually assaulting singer Taylor Swift at a meet-and-greet four years ago when he took a picture with the singer and placed his hand on her rear instead of her waist.

But Judd's barrage on social media about her version of sexism makes any man who is trying to pay a woman a compliment seem as inappropriate as the man who was trying to cop a feel off of Swift - and I don't think that's fair. Yes, there are those who are nasty-minded, who are playing at innocence but are really out there to attack and belittle women. But there are also wonderful, genuine and kind-hearted men that are sincere in their compliments and gestures. I am trying to teach my boys to be those kinds of men, the kind that are respectful toward women. I don't want them growing up to be afraid to give a girl a compliment because she might think it's sexist.

I wasn't there at the airport with Judd, so I can't judge her too harshly, but if I know anything about the city of Nashville (where Judd was) I know that terms such as "honey" and "sweetheart" are just as common as "hello."

Cat-calling and complimenting are not the same thing. One is derogatory and the other makes you feel as happy as a customer at Rae's, which I should probably warn Judd not to go to.

Carmen Rasmusen Herbert is a former "American Idol" contestant who writes about entertainment and family for the Deseret News. Her email is .
nextarticle 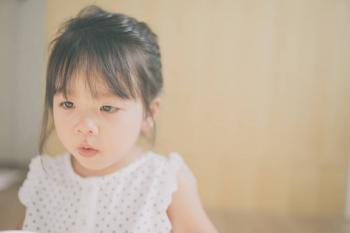 The One Thing That Made Parenting a Toddler…