When I Was 12 Years Old, I Created a Pattern For Reaching Goals I Never Would Have Guessed Would Save and Revive My Marriage Years Later.

When I was 12 years old, I looked out my bedroom window of my apartment and made a deliberate decision: I wanted to be a mom. This wasn't a small decision. But I would never have guessed it would start a pattern of living that would eventually lead me to the marriage I wanted.

My pattern for my goal of motherhood

As a preteen, I saw my future in motherhood. So I began to study other moms. I was probably a bit stalker-like. I would watch with pierced focus. I would observe moms for as long as it took to get what I was looking for.

If I liked an interaction between a mom and her child, I would file it away to my mental "keepers" list as something I would use as a mom. If there was something that bothered me, like a reprimand in a car or at a grocery store, I would mentally walk myself through questions: Why don't I like what happened? What bothers me about the situation? What would I want as the child in that situation? What could the mom do that would make the child change? From my observations I formulated how I would mother.

I would user fewer but more meaningful rules. I would have rules based on a general understanding of respect for others instead of rules outlining specific permissions or limitations. I would never compare my children to their siblings. I would never use profanity directed toward them. I would keeping the conversation going when there was conflict.

I also decided there would only be a few things my children would leave our home with. I wanted my children to have an absolute knowledge that I loved them. They would know I believed in their greatness without hesitation. They would know I loved God and I could be relied on to tell them the truth. When I became a mom, I was able to achieve this. And as each child left the nest, they confirmed those beliefs at the time.

Little did I know, this same pattern would also hold true to reviving the marriage and romance I wanted as well.

My pattern for my goal of marriage

As my husband and I stood before the divorce judge, we made a last-ditch effort to turn back the hand of destruction and take a stand. We stopped the divorce proceedings and the judge wished us well.

Overall, my husband did not exactly engage the way I had hoped. This pushed me back to my old pattern I followed to become the mom I wanted to be.

My first step was admitting I love being in love. I envisioned a romance that was private, intimate, laughter-filled, quirky and honest.

The next step I took was watching other couples and making a list of the things I did and did not like. I found a general tenderness among the behaviors I liked. When there were things that bothered me, I would process the same questions as I did when I was young and preparing for motherhood.

I found windows of learning and discovered opportunities to apply my ideas. I saw my flaws flashing like bright neon signs. When there came a point when kind gestures and romantic overtures were not enough, I enlisted in formal education to fill in the gaps. Today, I have a toolbox of ideas and methods on how to save a marriage. I use them frequently.

This desire created a change in me - similar to that change that occurred in me as I stood by that window years earlier. Just like the pattern I created toward motherhood, I had developed a pattern toward my marriage. Those simple and easy steps reinvented my marriage. My marriage went from surviving to thriving. My actions literally gave my husband a reason to re-engage in our relationship.

Using the same steps I had applied as a 12-year-old, I created a pattern of marriage success. The pattern is simple and easy. It can be applied by anyone:

Your pattern for a successful marriage

Karleen Andresen is a mediator and conflict professional. She has a specialty in crisis and suicide issues. Focusing her work on the mainstream, Andresen hosts half day workshops to share how hostage negotiators help others deal with stress - and you can too! If they can talk someone from the ledge, it works.
nextarticle 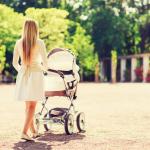