Can This Snorer’s Marriage Be Saved? Yes, With Mouth Tape

There's a new technique to put a stop to snoring that could save many marriages.

At bedtime, David Gesualdi brushes his teeth and washes his face. Then he does the trick that pleases his wife.

He tapes his mouth shut.

It’s a technique Iris Gesualdi says has reinvigorated the couple’s marriage after more than 50 years. “I don’t hate him anymore,” she says.

Couples around the world are swearing by the previously obscure snoring remedy, which has drifted into the mainstream with a TV show, a bestselling book and popular social-media posts.

Mouth tapers affix a not-too-sticky adhesive strip, such as surgical tape, either horizontally or vertically across their lips. Devotees including Mr. Gesualdi, a Rhode Island used-car-dealership owner, say that snuffs snoring, in part by rerouting breath through the nose.

The believers have gotten mixed messages from the medical establishment and hard-nosed resistance from skeptics who think mouth taping is best left to hostage movies.

The little-studied practice could be risky, say doctors including Dr. Aarti Grover, medical director of Tufts Medical Center’s Sleep Medicine Center in Boston. “Let’s say you have some medical issues like acid-reflux disease,” she says. “Having tape over your mouth might be detrimental.”

Dr. Steven Park counters that many physicians are overly cautious. A former ear, nose and throat surgeon at Albert Einstein College of Medicine, he is a mouth taper who has blogged about the benefits. He hasn’t seen documented cases of anything bad happening, he says, and “in the worst-case scenario, you wake up and take the tape off.”

Mouth taping doesn’t work for all snorers but might for those who breathe through their mouths while sleeping, Dr. Park says. Many mouth breathers wheeze when the jaw drops and the tongue falls backward, obstructing the airway, he says. Taping could bring silence by keeping mouths closed.

The idea of zipping lips for better sleep dates to at least the 1800s, when author George Catlin observed Native American mothers closing snoozing babies’ mouths to encourage nasal breathing. He endorsed closed-lips sleeping in his book “The Breath of Life,” later retitled “Shut Your Mouth and Save Your Life.”

Taping remained largely hush-hush until 2019, when entrepreneur Nicholas Michalak appeared on the reality-TV show “Shark Tank” to pitch his company, SomniFix, and its lip-sealing adhesive strips. Inspired by his father, who had curbed snoring with a contraption of surgical tape and cardboard strips, he spent six months testing tape prototypes on himself, seeking a balance between too sticky and too weak. “I ended up being the guinea pig,” says Mr. Michalak, the company’s chief executive. “I experienced the downsides of really aggressive adhesives on my face.”

A year later, author James Nestor promoted mouth taping in his book “Breath” as well as in interviews with Joe Rogan and National Public Radio. This year, videos of young mouth tapers have become popular on TikTok, alongside comments calling the practice ridiculous.

Mr. Nestor says 80% of people who approach him after speaking engagements share mouth-taping success stories, sometimes saying in laughter or tears that it helped their relationships.

“I wish they would talk about something else,” he says. “It’s such a teensy, teensy part of the book.”

Mr. Nestor thinks some doctors worry people will seal their lips dangerously tight with, say, duct tape. He recommends a square of surgical tape about the size of a postage stamp that can be easily undone by moving the lips apart. Wear the tape for five minutes while awake, he suggests, gradually adding minutes every day until comfortable sleeping with it.

Lara Briden has developed a protocol for taping comfortably. The 52-year-old New Zealand-based naturopathic doctor sticks a strip of surgical tape on her forearm to reduce some of its stickiness before sliding into bed to watch something with her husband on their laptop. When ready to sleep, she kisses her spouse, rolls over and moves the tape from arm to mouth.

“He knows when I’ve forgotten,” Ms. Briden says. Her husband, Jonathan Briden, has considered taping her mouth during her slumber but concluded he didn’t want to cross that line.

Nasal breathing can also make the nose release nitric oxide, which, among other benefits, makes sleep deeper, according to studies over the past three decades.

That potential intrigued Amy Nosta, a 51-year-old mom who home schools her children in New Jersey. So did the appeal of silencing her sleeping partner. “The loud squeak gets the grease,” says her husband, John Nosta, 63, who runs a think tank focusing on technology in healthcare.

After Mrs. Nosta learned about mouth taping from Instagram last year, the couple found it worked on them both and say the upsides outweigh the diminished nighttime enunciation. “It’s garbled,” she says, “but you can still understand.”

The remedy’s benefits are largely anecdotal. The best-known mouth-taping-related research comes from Taiwan, where scientists studied whether sealing the mouths of 30 patients with “habitual open-mouth breathing” could reduce snoring and obstructive sleep apnea, in which people might temporarily stop breathing. In a study published in 2015, they concluded that a patch, similar to tape, was useful in doing just that.

Another researcher, Dr. Ann Kearney of Stanford University’s Voice and Swallowing Center, says she is organizing a similar study she hopes will include 300 patients.

Dr. Park, the mouth-taping advocate, says that while tape might benefit people with mild sleep apnea, he suspects it won’t help people with more severe forms of the condition.

Mr. Gesualdi of Rhode Island, age 74, had long tried to tame his thunderous snoring, which his wife once brought to his attention with tape-recorded evidence. He tried a retainer-like oral appliance, but it was uncomfortable, shifted his teeth and didn’t always stay on all night.

Mrs. Gesualdi, who runs a women’s boutique and says she’s in her 70s, sometimes resorted to moving to another bed. “Of course he didn’t like that,” she says. “But let’s face it: If someone constantly woke you up when you’re in a deep sleep and you have work the next day, would you be happy?”

The high-school sweethearts were receptive when they saw the SomniFix pitch on “Shark Tank,” and Mr. Gesualdi bought the product online that same evening. The tape worked, Mrs. Gesualdi says, and gave her a new bedtime routine: asking her husband if the tape is on and hoping for a muffled “yes.” He once wore tape on an overnight flight to Europe.

“After all these years of being married to me and listening to me snore and all the craziness, I need to give my wife eight hours of sleep,” Mr. Gesualdi says. “Otherwise she’s a bear.”

This article originally appeared on wsj.com.

Stu Woo is a reporter for The Wall Street Journal in London, where he writes about how tensions between Western countries and China affect business. He occasionally writes about sports, having covered the London 2012 and Beijing 2022 Olympics. Stu was part of a Journal team that won the 2021 National Press Foundation award for international-trade reporting. He led a team that won a 2021 Sabew honorable mention for covering the fashion industry's human-rights challenges in China. A Brown University graduate, Stu joined the Journal in 2008 as an intern in his hometown of San Francisco. He covered Sacramento and Silicon Valley before moving to the sports section in New York in 2012. He has been a foreign correspondent since 2016, with postings in London and Beijing.
nextarticle 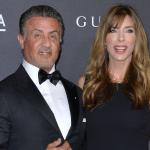