Did you convince yourself you were in love?

Studies Show You Actually Don't Need to Worry Too Much About It.

Have you ever wondered if you convinced yourself that you were in love when you got married? Or convinced yourself that your relationship was better than it really was? If you have, you might've experienced some anxiety about whether you chose the right person to spend the rest of your life with or not. A recent study reassured us that we shouldn't worry too much about it if we're already married because the way we remember things is probably not even close to reality.

1. People who stayed the same on how ready they were to get married to their partner.

2. People who were closer to engagement at the end of the study.

Their perception of the change in the relationship was very accurate with what they had reported each month.

3. People who pulled back emotionally, but were still dating the same partner.

Which of the camps do you fall in? And why does it matter? Well, it matters because:

1. If you are in a relationship where things aren't changing

Be careful to not inflate your sense of "progress" just for the sake offeelinglike you've made progress together. There might be a real reason the relationship isn't working, and you have to acknowledge that-not cover it up.

2. If you're in the middle of a decision to marry or you'realready married

Take comfort in the fact that most couples in this stage of the relationship are in a good place and looking at things pretty accurately, so it's likely that you know/knew what you are/were getting into when you tied the knot-regardless of how you might be feeling currently.

3. If you are in a relationship where things are falling apart, or constantly falling apart and then getting back together again

Don't ignore the warning signs!! We are humans who crave connection, so it makes sense why you might inflate the positive things about the relationship and ignore the bad, but this kind of marriage often ends up in divorce. So be sure to keep both eyes open and be checking in with others about the reality of the situation. 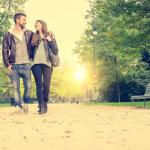 The Abcs of Respecting Your Man