Does Getting Married Even Make Sense Anymore?

After All, It's Just a Piece of Paper, Right?

The rules for relationships seem to have changed drastically over the years. That's not necessarily a bad thing mind you - many of the perceived rules regarding the roles of men and women in relationships were antiquated and unfair. But with change comes questions, and one of the biggest questions for many couples is whether they should even bother getting married. After all, it's just a piece of paper, right? Why not just live together and not worry about the actual "marriage"?

Once upon a time there were many practical and decidedly unromantic reasons to get married. Women had fewer rights, earned less, and needed the help and support from a man in order to have stability for themselves and their children. And men were often judged by their family status and the family legacy they left behind. Marriage legitimized each of them and ensured their children were provided for. These things are largely no longer the case - thankfully.

Now relationships and families come in all forms and acceptance of the choices people make is more the rule than the exception. This leaves many couples unsure about the benefits of actually getting married, rather than just living together long-term.

Why People Argue Against It

More and more couples are choosing to live together before, or instead of, getting married. They claim that the emotional benefits are the same, and that being "married" won't increase the feelings of love and commitment they have for each other. In addition, by cohabitating instead of making a legally bonded union, they are able to avoid the pitfalls of financial entanglements and issues that can arise if there is a break-up. Divorce is expensive.

Some look at marriage not as a commitment born out of love and the desire to spend your life together, but as shackles that somehow imply ownership or authority over one another. While some truth to this existed many, many years ago, that isn't at all the definition of a healthy marriage today. And if the idea of marrying your partner brings ownership to mind, then it probably really isn't the right choice for you as a couple.

Many also consider living together a pre-marriage dry run. The idea is that as a couple you can test the waters of compatibility and determine if you really want to make things long-term or consider marriage as an option. Then, if things aren't what you had hoped, you have an easy way out without too many complications. Interestingly, however, the ease of break-up is one of the things that makes cohabitation a less successful practice when it comes to sustaining a long-term relationship.

The Benefits Of Marriage

Although living together rather than marrying may seem to some to be the more evolved choice, the truth is that couples who live together without marriage as part of the plan break up at much higher rates than those who marry. Even with the best intentions, cohabitation has a less stable and less permanent structure to it than marriage.

Marriage, as antiquated as some may believe, requires a clear psychological and legal commitment to your partner. The fact that dissolving a marriage through divorce is complicated, expensive, and requires a lot of effort should make it a last resort rather than an easy out. This can be a good thing, especially if there are children involved. All relationships go through ups and downs and no matter how happy a couple is thoughts of leaving can cross each partner's mind at different points. A piece of paper and a ceremony won't prevent a couple from breaking up if that's what they want to do, but it serves as a reminder for them that quitting isn't an easy option and working things out can be worth it.

In my practice I have worked with a lot of couples where one partner has claimed that if they weren't married he or she would have left before getting to the point of going to counseling. But the commitment of marriage makes simply leaving a much harder choice and instead they chose to seek counseling and work on the relationship first. In the majority of these cases couples are able to work through their issues and find happiness again.

There are many other benefits to marriage as well.

Marriage isn't right for every couple and love isn't defined by a piece of paper and a ceremony. But when it comes to life-long commitments and creating a family and life together, married couples definitely experience greater success and happiness. If you are considering a life with someone and truly feel that it's a 'til-death-do-we-part relationship, it is worthwhile to take the plunge into marriage. Life doesn't offer any guarantees, but rolling the dice on a commitment to the partner you love is probably a pretty good bet in the long run. 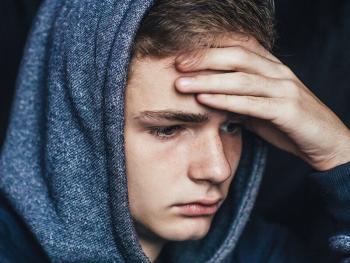 Warning Signs Your Teenager is Depressed and How…