Don’t look for the perfect man. Look for someone with these 22 qualities.

The Perfect Man Doesn't Exist. But if a Guy Does These Simple Things, He's a Rare Gem.

You'll never find a perfect man. The great news is you don't need one to have a beautiful marriage. Instead of looking for something unattainable, find a man who does these 22 things.

When choosing a spouse, people overlook this characteristic the most. Can he suffer with you and vice versa? Life is happy and beautiful, but periods of pain and hardship come too. Find someone who can suffer with you (because not everyone suffers well).

He should be in this relationship because he loves you - not because he's lonely, frightened to be alone or feels obligated to be with you.

Life is far more enjoyable with a man who doesn't take himself too seriously. If he can laugh at his mistakes, he can laugh his way through a whole world of problems.

5. Laughs at your jokes

Even when no one else in the world thinks you're funny, a guy who laughs at your jokes is a keeper. Laughter is the best medicine.

6. Puts down his phone when you need to talk

Your man needs to know how to deal with serious moments. When you need him, he should be serious enough to put away distractions and listen.

A man in a healthy relationship wants you to love yourself as much as he loves you. He would never do anything to tear down your self-esteem.

8. Considers you his most precious priority

If you know he'll put you first - before kids, career, hobbies and friends - you've found an incredible man.

When your children are grown, you've both retired from your careers and your friends have moved away, all you'll have is each other.

9. Knows how to say the two hardest words

Saying I'm sorry (and meaning it) makes all the difference.

10. Loves you enough to bring up hard topics

A UCLA study found the happiest couples express anger clearly and directly and resolve differences through communication and compromise.

11. Listens when you say no

Couples in happy relationships set boundaries and aren't constantly trying to push them. If he does not respect your boundaries now, why would he be any different in the future?

You find yourself saying his quirky phrases or enjoying his odd taste in humor, but you're OK with that because you want to become more like him.

A beautiful marriage never "just happens." It takes each partner giving 100 percent to make it flourish.

Attraction isn't everything, but it's majorly something. You should both be attracted to each other. And by knowing his personality, he should be even more beautiful to you.

Couples who share the same core values are scientifically proven to be happier in their relationships.

Your pain is his pain. His problems are yours. The only way to get through life is together. He understands this.

17. Thinks about other people more than himself

There is nothing more miserable than loving a selfish man. If he thinks about other's happiness before his own, you can count on him being a selfless husband as well.

18. Doesn't depend on YOU to make him happy

Even though you bring him so much happiness, before he met you he wasn't just a puddle of misery. He knows where real happiness comes from, and he doesn't expect you to be responsible for it.

When you bring up helpful criticism, he takes it into account and understands it comes from a place of love.

20. Inspires you to know God better

He prays with and for you every day. By his example, you want to know God even better.

A study found people who have serious conversations via text are less happy in their relationships. Find a man who doesn't shy away from talking things out in person or over the phone.

22. Spends money similarly to you

Spenders tend to marry savers, but this creates a lot of money fights. It's not a deal breaker if your man spends differently than you. But it will help prevent a lot of conflicts if you find someone who shares similar views on money as you do, according to a University of Michigan study.

The perfect man doesn't exist, but many amazing men do. If a guy does these things, you've found a rare gem. 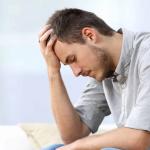 These 5 Things Are Draining You of Your…