You've thought about talking to a friend, but they might tell your other friends. And this could cause awkwardness for years to come, too. You'd like to talk to someone, but no matter who you tell they're going to think less of your husband. And you don't want your husband to go through even more embarrassment while he's trying to fix his habit. So you just stay silent.

1. Remember, he's not a monster

You've heard the horror stories about the connection between viewing pornography and sexual crimes, but don't assume the worst. In fact, statistics are in your favor, so don't let unfounded fears ruin your relationship. Just because your husband views pornography doesn't mean he's a monster.

2. Find support. It's OK to talk to others

Remember, don't let yourself go off on an angry rant to anybody who will listen. The purpose of talking to others isn't to make him pay. The purpose is to help you heal. Find people you can talk to and who you feel will be supportive of you.

Thinking this way suggests that you're the underlying cause of his wanting to view pornography. And it indirectly puts the responsibility on you. After all, all you need to do is be prettier or more adventurous, and he will stop. Remember, his habit is his habit. He's the one responsible to stop it, and he's the only one who can do the work to stop it. Even if he makes comments that he wishes you were prettier or more adventurous, don't let yourself be blamed. Be confident in who you are. And let him take ownership for his problem. Not only does this take some weight off your shoulders but it helps him fix his habit, too.

4. Allow yourself freedom from his habit

Remember, his choices are his choices, and he can't lean on you every time he feels tempted. Again, his habit isn't your responsibility. He needs to learn how to get control of himself, and you both need to live the functional lives you want to live without feeling directed or controlled by his habit. Give yourself the freedom to live the life you want to live without much thought for how it will affect his habit.

5. Look for any vulnerabilities in the relationship 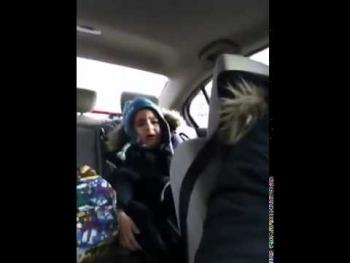 A 4-Year-Old's Broken Heart Will Leave You a…