How My Husband Won Me Over

While Dating, I Felt Like My Husband Did Everything Right. Here Are Five Reasons He Easily Won My Heart.

Editor's note: This article was originally published on Brooke Clawson Moss' blog, From Miss to Mrs. It has been republished here with permission.

Dating was hard, but sometimes entertaining. One of the things I enjoyed most was how different guys approached dating. Some were casual, some were intense, some were apathetic and some kept you guessing (my least favorite).

I think that my husband, Brian, did everything right during our courtship, so I wanted to share this example of how a guy convinced a girl that hadn't even had a serious boyfriend in 10 years to marry him. This is how he won my heart:

1. He was upfront about his intentions

One of the things that initially impressed me about Brian was our first phone conversation. We were set up and I was living in California and he was in Texas. We had never met, but this is what he told me: "I would like to meet you. And if we hit it off and things go well then I would like to date you exclusively. I'm a believer that relationships require 100% commitment."

This was so refreshing to hear! Some of the guys that I had dated left me in the dark about their intentions " even after dating for months. Knowing his intentions upfront helped me have confidence in him even though I barely knew him. This definitely set him apart from other guys.

2. He pursued, but didn't pressure

At the beginning of our relationship I was a little unsure how I felt about Brian and wasn't initially very responsive to his texts or phone calls. But it didn't keep him from pursuing. He continued communicating in the same friendly tone until I finally came around. He never made me feel guilty for not getting back to him sooner, nor did he get impatient, upset or sensitive. He didn't pressure me to move at a faster pace in our relationship than I was comfortable with. His patience was how I knew that he was in it to win it.

3. He learned my love language

I really appreciate small gestures and thoughtfulness, so Brian learned my love language: gifts. He made me feel special by sending flowers to my office on the weeks I didn't see him, buying me a hat or a t-shirt for the team we were cheering on at sporting events and surprising me with my favorite treats. He learned the things that were important to me and in return I felt like I was important to him.

4. He wasn't afraid to commit

With some guys I never knew where I stood, and they always kept me guessing about how they felt. Other guys made me feel like I was just another option in their dating pool. But not Brian. With him I never had to worry if there were other girls because he gave me allhis attention. He wanted a committed relationship and wasn't afraid to let me know how he felt. This made me feel secure in our relationship because I knew that I was dealing with a man not a playboy.

5. He sacrificed for the relationship

The assumption I used to make about guys is that if they wouldn't make small sacrifices while we were dating they most certainly wouldn't be willing to make big sacrifices when we were married. Brian's sacrifice is how I knew he was invested in our relationship.

When we first started dating, Brian was working three nights a week. He flew out to see me so we could spend time together the other four days. He had to switch back and forth from nights to days every week and he was always tired. Yet he did it nearly every single week for six months. And that wasn't his only sacrifice, others included: long flights, annoying delays, crappy airport food, missed workouts, a small fortune he spent on plane tickets, the 23,000 miles he traveled and all the days he spent roaming around San Francisco alone while I worked. He made me feel like the luckiest girl in the world and this is how he won my heart.

So guys, if you are interested in a girl don't be afraid to be bold and go after what you want. In a world where a lot of guys like to hang out and hook up being a little chivalrous and forthright can go a long way.

Brooke Clawson Moss is a marketer, small business owner, new wife and blogger who shares candidly about the challenges of being a single woman of faith. Read more from her on her blog.
nextarticle 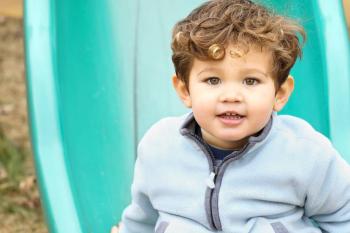