How to avoid money mistakes that ruin marriages

Here is how I responded to my husband's $1,300 parking mistake.

"I need you to transfer some money into the checking account. I just spent $1300 on parking."

This was the phone call I received last summer. I scratched my head, logged on to the bank account and transferred $1300 from our emergency fund into the regular checking account. And then I waited.

Managing money within the context of marriage can be messy. No matter how much we love our spouses, there's always an uncomfortable stretching of our past experiences, gifts and spending inclinations, dreams and goals when it comes to dollars and cents. Financial fidelity isn't for the weak of heart. You have to have the courage to fight for each other and your future. You have to have the restraint to refrain from continually nagging about your significant other's areas of weaknesses. You must see your own money mistakes before pointing out those of others.

Can I be straight with you? All of the above is incredibly difficult.

Especially when your spouse calls to say he just spent $1300 on parking. Say what?!

If you are currently struggling with the sticky situations brought about by marriage and money, consider the following ideas to avoid money mistakes that ruin marriages.

Last week, a sweet young woman reached out via e-mail because she felt her marriage was hanging on by thread due to the overwhelming debt taken on by her and her husband. When I suggested that they pursue counseling at a local church, she quickly noted that there were others who probably needed the time of the staff more, those who had it worse.

She might be right. However, it's difficult to know when we will slip into the category of being the worse off.

If you and your spouse are in financial trouble, marital trouble could easily follow quickly. Seek counseling from a professional or church. If your spouse won't go with you, go by yourself. An outside perspective might help clarify your current situation.

Begin from a Place of Love

I've never met a blushing bride or a grinning groom who said, "I do, you horrid beast." Most begin their journey into matrimony with gushing love and hopeful dreams. The best thing you could do to improve the health of your marriage and finances is to return to that space.

No, you don't need to rent a tux or squeeze into your wedding dress. You simply need to remember how much you love your spouse. In the midst of day-to-day life and balancing the checkbook, it's easy to see your husband or wife as at odds with you. Instead, recall those deep emotions that caused you to vow for better and for worse.

It's awkward at first. You don't know if you're doing it right. You feel clumsy and embarrassed. But talking about money on a regular basis will open the gates for health and reconciliation.

Communication does not equal pointing out every single mistake your spouse makes. Instead, begin by dreaming big together. Think about what you would do if you didn't have payments. Where would you go? What would you save for? How could your family change? How could you make the world a better place?

Forty minutes later, I learned my husband had swiped an old parking garage ticket - one that shouldn't have even worked - when exiting in a hurry. He glanced down at the total and was shocked to see the amount, which he thought was $300+ dollars. A few phone calls later, the mess was revealed to be larger to the tune of over $1300. Eventually, everything was cleared up and his parking actually ended up being free due to the mistake. Although I wouldn't recommend this method due to the years of life stripped away by panic just to nab free parking.

It took years to build the financial trust we have in our marriage. It will require years more of intentionality to remain in that same place. But the extra effort and merging of our goals is worth more than any earthly sum - even $1300 for parking.

Editor's note: This article was originally published on Queen of Free. It has been republished here with permission.

Cherie Lowe is an author, speaker and hope bringer. Her book "Slaying the Debt Dragon: How One Family Conquered Their Money Monster and Found an Inspired Happily Ever After" details her family’s quest to eliminate over $127K in debt in just under four years. As her alter ego the Queen of Free, Cherie provides offbeat money saving tips and debt slaying inspiration on a daily basis.
nextarticle 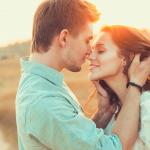 21 Signs That He is Absolutely Perfect For…