How to Deal With Defensive People

There Are Actually Several Ways That Defensive Behavior Can Manifest.

Have you ever tried to have a conversation with someone who immediately becomes defensive? It’s incredibly frustrating and generally leads down an unproductive and argumentative path.

Defensive behavior is a common response to feeling uncomfortable. But continual and unwarranted defensiveness can be a sign of problems. Not to mention that it makes it very difficult to have a meaningful conversation.

The overall goal for all these defense mechanisms is to protect the individual from a perceived threat (criticism of their behavior or being told they are wrong), even if the threat doesn’t actually exist.

We have all been defensive at some point. It’s how we keep ourselves safe. But defense mechanisms that kick in at inappropriate times can disrupt relationships and often reveal larger issues.

A common time for defensive behavior is when we’re embarrassed. Feeling embarrassed can leave you vulnerable to ridicule and shame. Often people become defensive when embarrassed and explain, justify, ignore, or otherwise deflect the attention away from themselves.

While some defensive behavior is common and understandable, like when you’re feeling embarrassed, constant defensiveness is a bigger problem. It may help, however, to try and understand the origin of the response, especially if it seems odd for the situation.

People who frequently respond to others with defensive behavior may do so because of past experiences. Growing up in an abusive environment, or one where they were consistently belittled and blamed, can create an always beware mindset. They may assume that everyone else’s baseline is to find a way to blame, criticize, or take out their dissatisfaction with them.

Another possibility is that someone is dealing with persistent feelings of inferiority and a need to show others that they’re worthy and have value. This need can lead a person to respond in a defensive manner to most interactions, even when the interaction is intended to be positive.

Perhaps the most common reason for defensiveness is the inability to listen and communicate effectively. Responding without listening and fully understanding leads to inappropriate and disproportionate defensive behavior. When we don’t have all the information about a situation we can interpret it in the worst possible way. The tendency is then to project the imagined negative outcome into the future, even with no evidence that the situation will ever occur. The perceived outcome that we so easily assume will occur will lead us to automatically defend ourselves without any real reason to do so.

How To Talk To Someone Who’s Always Defensive

So, how do you communicate with someone whose go-to response is a defensive one? It can be tough, and it can also feel as though you’re the one being attacked and trigger your own defensive response. This isn’t a healthy interaction between anyone and can be especially damaging to romantic relationships.

The first thing you need to do is check yourself. Do you tend to use language that naturally incites a defensive response? Starting sentences with accusatory language like, “You always” or “You never” really sets someone up to defend themselves. Rarely do people always or never do anything.

Next, focus on taking a positive approach to whatever you want to discuss. This may mean using appreciative language at the beginning of a conversation or leading with something encouraging that generates engagement.

If you have a criticism to deliver, or anything else that could be taken poorly, make a point not to lose your temper and become angry. This can be a tough one, especially if the person you are talking to goes into defense mode and becomes combative, disrespectful, or angry on their own. But you will get nowhere once you are both angry and defensive.

Lastly, try asking questions. Not in a condescending, need-to-prove-your-point manner, but genuine, meaningful, and open-ended questions that encourage the person you’re speaking with to open up and recognize their own behavior. You might even ask directly if something about what you’ve said is making them feel uneasy or threatened.

Better understanding the basis of someone’s defensiveness will help you not to take it personally and be able to respond in a way that encourages better communication. And if you’re the one who’s defensive more often than is appropriate, understanding your own behavior can help you make needed changes as well. 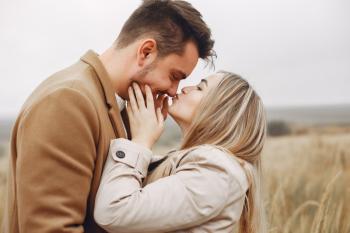 25 Ways Couples Can Stay in Love