How to make sure your spouse NEVER repels you

A new study out of Texas A&M University has found that partners can become more attracted to each other after playing with magnets.

Magnets may not always connect, but they can help you become more attracted to your spouse.

A new study out of Texas A&M University has found that partners can become more attracted to each other after playing with magnets. The study centers around a concept called "social priming," which is when people feel something after they're prompted to believe in a certain concept.

For this study, participants became attracted to their partner when they viewed magnets as a metaphor for love, according to LiveScience.

To find this, researchers had 120 students ages 18 to 22 years old fill out questionnaires about their love lives and views on relationships. Before filling out the forms, participants took a break to play with blocks. Some of the students used magnetized blocks that were attracted to each other, whereas others used ones that repelled from one another. A third group didn't use magnetized blocks at all.

Researchers found those who played with the magnetized blocks said they were more attracted to their spouse and reported having higher levels of relationship satisfaction and commitment.

In a second study, the researchers had 150 students only use blocks that had attracting blocks and non-magnetized blocks. Those who used the magnetized blocks were once again more attracted and satisfied with their relationship over others.

Of course, this isn't the first study to show that there are other ways for people to easily fall in love. According to Mic, a study published in 2014 in the Journal of Social and Personal Relationships found that chocolate and sweet candy can actually make you feel more loving of your spouse, too.

The study found those who ate sweets during the course of the study had more positive views of relationships and were more interested in starting a romantic relationship with someone.

"It has been suggested that metaphorical thinking is one fundamental way of perceiving the world; metaphors facilitate social cognition by applying concrete concepts (e.g., sweet taste) to understand abstract concepts," the study said, according to Mic. "The current findings support this notion by demonstrating that changes in bodily experiences result in relationship perceptions that are congruent with the love as sweet metaphor."

To find this, researchers had participants partake in different components. The first experiment had participants eat either Oreo mini cookies or Lays salt and vinegar chips before they were asked about their relationship (if they were in one) or about a hypothetical one. Researchers repeated this process substituting Fanta for Oreos and water for Lays chips.

Those who ate and drank the sugary foods were more romantic than the others. Single people felt they would be more satisfied and committed, and they were generally more interested after having sweets, according to Mic. This is mostly because chocolate and sweets release hormones that are similar to those we feel when we're happy or in love.

"As for those already in established relationships? Getting ice cream after a big fight with your significant other won't be of much help: Eating something sweet didn't have an effect on the perception of an already-existing love, unfortunately," Mic explained.

But sweets aren't necessarily the best way to create love between you and a spouse. It can be superficial. After all, what do you do when the Oreos are gone?

Christine Carter, Ph.D., of Greater Good, the online research center on relationships and family at the University of California, Berkeley, has an idea - express gratitude. Better than food, letting your partner know how thankful you are for what they've done for you will help re-establish feelings of love and improve your relationship for the future, Carter wrote.

As Carter explains, couples who express gratitude towards each other appreciate their partner more, learning reasons why they should embrace their partner that they may not have realized before. This ultimately makes couples feel more satisfied with their relationship.

"What I've learned about gratitude's role in our love stories is this: It starts within our own self," Carter wrote. "When we consciously foster feelings of appreciation for our loved ones - whether by doing a gratitude meditation about them every morning or by deliberately focusing on specific things we love about them - our relationship improves. We feel more in love. They feel more connected. We foster those love-story feelings we crave." 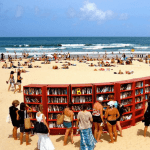