How to respect your husband when he’s a jerk

You Love Him But He is Not Always Kind.

I don't know about you, but respect has never come easily to me.

I'm fairly traditional and feminine (I'm not a tomboy by any means), but I am also strong, stubborn, opinionated, and self-centered at times. I'm a perfectionist, and I like to have things done a certain way.

It's not my husband's fault I'm not very good at respecting him. He's a great guy! He definitely reserves all the respect I am called to give him. It's my fault alone.

Unfortunately, for some of you, your situation may be different. You may be married to a man who truly makes respecting him difficult.

Let me be clear: I am NOT talking about a husband who is physically or emotionally abusive but just a husband who's kind of a jerk.

As a Christian wife, you know you are called to be respectful, but how do you respect someone like that?

1. Understand the true meaning of respect

Merriam Webster defines respect as "a feeling or understanding that someone or something is important, serious, etc., and should be treated in an appropriate way."

Respect doesn't mean you become a doormat, that you praise your husband in an over-the-top ridiculous way or that you can never have an opinion on anything. Respect simply means honoring the dignity of the other person and recognizing their inherent worth as a human being created by God.

Respecting your husband doesn't mean making yourself unimportant or insignificant while your husband rules with an iron fist and does whatever he wants. It means that you don't treat him like he's inferior, like he's a child, or like his opinions and preferences don't matter. You value him and treat him honorably. You view your husband as God views him - as a dearly beloved child of God - and you act like it.

2. Understand that respect is a command

Wouldn't it be great if we could all just pick and choose which parts of the Bible we want to follow and ignore the rest? Well, it doesn't work like that. When God commands us to do something, He expects us to listen. And in Ephesians chapter 5, God commands women to respect their husbands.

"Nevertheless, each individual among you also is to love his own wife even as himself, and the wife must see to it that she respects her husband." - Ephesians 5:33

Now, yes, it does say that the husband is supposed to love his wife as well. And if both the husband and the wife held up their end of the deal - respect would be easy! But you aren't responsible for what your husband does; you're responsible for you. And God commands YOU to be respectful.

3. Put that respect into action

Waiting until you feel like respecting your husband before you start acting like it? You may be waiting a while. Whether your husband is a jerk or a great guy, the way we feel about people is influenced in large part by the way that we treat them and talk about them.

So if you want to feel respectful to your husband, start with your actions first.

Now, every husband will feel respected in a slightly different way, so what works for one husband may not work for yours, but here are a few ideas to get you started thinking:

Do you struggle with respecting your husband? What is it that's getting in your way? It is that you don't want to respect him or you just don't know how? 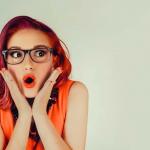 How to Even When You Literally Just Can't