C.s. Lewis Said, "A Society in Which Conjugal Infidelity is Tolerated Must Always Be in the Long Run a Society Adverse to Women.

C.S. Lewis said, "A society in which conjugal infidelity is tolerated must always be in the long run a society adverse to women." We do now live in a culture that fosters self-gratification and provides it immediately, while our social structure is more accessible and yet disconnected. Growing up in an environment without limits, illusions of social connection, and stunted emotional development makes creating and defending healthy marriages a challenge.

Infidelity, including emotional affairs at the workplace or online, has a destructive impact on family and reflects the weakness of today's society.

Affairs are never caused by just one person because both people are responsible for the marriage. When one person makes the choice to have an affair, that is a symptom that other things may be out of balance too. Here are some common underlying problems:

It is better to learn problem solving skills together. Maintaining a warm response to each other will provide the safe environment in which to do so. Often it is uniting together sexually that re-establishes your connection and re-balances yourselves as a united couple (us against our problems, instead of problems dividing us).

One or both partners may experience a fear of intimacy. This could mean fears about sex itself, or fears about being emotionally intimate with another. One could use the other's fear or struggles with sexual intimacy as an excuse to act out sexually outside the marriage, or one's own fear of emotional intimacy could lead them to seek out less demanding superficial connections outside the marriage.

Being vulnerable and sharing about struggles not only helps you connect emotionally, but teaches the other new coping skills as they learn with you. Being honest about challenges and growth help the other person join you in understanding and appreciating your efforts.

One or both partners may struggle with self-esteem, causing the marriage to be a challenge sexually or emotionally. It is too much pressure for one partner to rely only on the other for their worth or esteem. It also can affect roles, where one becomes the caretaker instead of both being self-reliant emotionally. Sometimes a person might turn to sexual acting out to feel better about themselves, in effort to practice or improve skill, or to fulfill needs of power or control.

It is important to play only the healthy, positive messages in our own heads, and to seek the good in others. Boundaries are an important part of any relationship, and part of that is knowing your partner can be supportive but the emotional work of personal development is your own to do. Sincerely appreciating and actively seeking to be kind and express gratitude are ways to genuinely improve our self-perception and interactions with others.

Lack of affection within the relationship

Physical affection is a normal and healthy part of marriage, and one that a husband and wife should engage in together. When one perceives a lack of physical affection within the relationship, it can be used as an excuse to sexually act out. Usually when this behavior is discovered, it is then blamed on the spouse who was not being affectionate enough.

Infidelity is a destructive behavior that wreaks havoc on a marriage and requires an extended time for healing. Both the offending spouse and the hurt spouse may feel shame. Both may feel worthless and unloved. Secrecy and deception disrupt communication and destroy the safe emotional environment that is critical for couples.

Even if the couple does not divorce, they are forced into new roles where the hurt spouse must become the guardian of the marriage and the offending spouse remains on trial. This changes the couple dynamic into interrogation and defensiveness instead of the mutual edification that comes from kindness and gratitude and service to one another. Both must be committed to the recovery process in order to accomplish the hard work of re-balancing their roles and re-establishing their couple-ship. 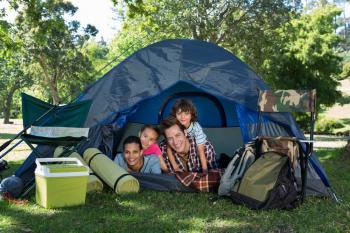