Leonardo DiCaprio and Camila Morrone have called it quits after more than four years together.

Hollywood film superstar, Leonardo DiCaprio and longtime girlfriend, Camila Morrone have split after more than four years together. Sources have confirmed the breakup, and many have given their speculations as to why they have broken up, but there has been no official information given on the reason behind the split.

DiCaprio and Morrone first sparked rumors of dating back in 2017 after he was spotted leaving her home. Later that same month, the pair was reported to be celebrating New Year's Eve in Colorado with DiCaprio's close friend and actor, Tobey Mcguire. The couple continued to be spotted showing lots of PDA in public, but never appeared at events together or even mentioned each other in the press confirming or denying their relationship. They made their official debut as a couple in February of 2020 at the Academy Awards where they walked the red carpet separately, but sat front row together for the ceremony.

“He is usually very independent, spends lots of time with friends, but because of the lockdown, he has mostly spent time with Camila,” an unnamed source told People months after the award show. “He loves being with her.”

DiCaprio (47) has faced criticism for his history of dating younger women. Many have taken note of his previous girlfriends, and have noticed that he continues to only date women in their early 20's. This criticism did not stop when he made his relationship official with Morrone, who was 21 when they first began dating, meaning there was a 22 year age gap between the two. In 2019, Morrone addressed the critics about their more than 20 year age gap where she said, “There’s so many relationships in Hollywood — and in the history of the world — where people have large age gaps. I just think anyone should be able to date who they want to date,” she told the Los Angeles Times, adding that she "probably would be curious too" about the dynamic. When asked about the downside of dating a Hollywood film star, she spoke about how it "leads to more judgement and negativity."

Speculation of the breakup has been in the air since the couple has not been seen together since Fourth of July weekend. Weeks later, the rumors became stronger after DiCaprio was seen partying in Europe on a yacht with many other models, along with celebrities such as Drake and Tristan Thompson. 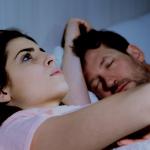 Can This Snorer’s Marriage Be Saved? Yes, With…