Marriage: How Does Yours Measure to Pirate Treasure?

Every Pirate Owns a Treasure and He Guards It With His Life. Do We Value Our Marriage Relationships as Much as a Pirate Values His Treasure? Here Are Five Lesson We Can Learn From Pirates on How to Value Our Marriages.

A marriage advocate, Whitney Clayton said, "In the happiest marriages, both the husband and wife consider their relationship to be a pearl beyond price, a treasure of infinite worth." Anytime I hear the words treasure or pearl, my mind immediately ties them to the word pirate. I'm sure that to some this is an odd connection, but it really does make perfect sense to me. All pirates have treasure and most treasures have pearls. By now I am certain you are wondering what pirates have to do with a marriage article and again it makes perfect sense to me. We need to treat our marriage relationship with as much value as a pirate treats his treasure. Here are five examples of what I am talking about.

I know you are thinking that bragging is wrong, but I am not talking about bragging in the, "I'm better than you are," sense of the word. I'm talking about bragging by sharing with people how much you love your spouse. Share with others the positive side of your relationship and what you love about it. Never share the negative things about your significant other. You would never catch a pirate talking bad about his treasure. A pirate values his treasure more than his own life. You should feel the same way about your relationship with your spouse.

A pirate always has some of his treasure on display. Whether it's a gold ring, a medallion necklace or a gold tooth. He is always wearing something that shows people that he is a pirate that owns something valuable. You should be the same way with your marriage relationship. Hold hands with your spouse, smile at one another, laugh together and tease one another. Show people that you are in love. Don't just show them - make it believable, and believe it yourself. Don't be afraid to show your spouse just how much you care by your small acts of kindness and your simple touch. A pirate is never afraid to display what he values most.

A pirate spends a good part of his time protecting his treasure from thieves. Not only does he find places of safety where he may hide his treasure from danger, but he puts protections in place in the form of booby traps to keep his treasure safe and secure. You should be willing to go through the same lengths to protect your marriage relationship. You can protect it from danger by remaining fiercely loyal to your spouse. Find places of safety away from anyone who may come between you or your significant other. Do not put your relationship in danger by spending time alone with someone of the opposite sex. Put protections in place, like a regular date night, a weekly meeting where you discuss concerns and constant communication. A pirate would sacrifice his life to protect his treasure. You should be willing to do the same.

Although a pirate displays a portion of his treasure, often times, he chooses to bury the rest. For most pirates, they don't ever see what they have buried, the treasure is left there for someone else to find. In marriage, there will be things that come up that will be frustrating for one or both people in the marriage relationship. If the marriage relationship is valuable, and of great worth, then the couple will learn to bury those things that they do not want to keep. Learn to forgive, bury those things in the ground that are vindictive and unkind and lay them to rest. You do not need them taking up precious space in your treasure chest.

Every part of a pirate's treasure is valuable, and even the difficult things will teach you valuable lessons in your marriage, but like a pirate, you need to decide what part of your treasure you want to keep with you and what part you want to bury. Choose to bury those things that will weigh your treasure chest down. Do not carry the heavy things that will overburden and weigh down your marriage relationship. Learn to forgive.

Leave a map for others

When couples learn to value their marriage as a pirate values his treasure, they will come to find that their marriage relationship truly is one of their greatest treasures of all. 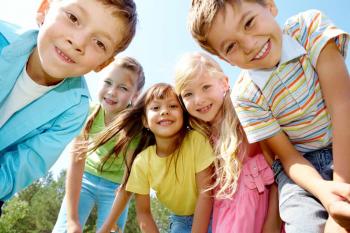 How to Organize a Summer School Co-Op