Pandemic Marital Impacts: the Good, the Bad, and the Ugly

The Lows and Highs of Marital Impacts During a Global Pandemic.

Till death do you part, or a pandemic that seems like it arose overnight out of nowhere and caused a global shutdown. Was it to blame for your divorce, or was it to credit for bringing you and your partner closer together?

The hot topic of the aftermath of the pandemic is surviving marriage. If you found yourself counting your blessings for surviving in a lockdown with your partner, you are not alone.

Relationships tested boundaries and new limits as couples were forced to spend quality time together. People discovered 1 of two things, either they realized they were unhappy and couldn't stand to be confined with their partner, or they found it to be the key to reigniting their flame. You were going to survive puzzle nights and endless DIY projects, or you weren't.

Not every couple went through a marriage crisis during the pandemic. Many couples found the lockdown to be a positive experience. They enjoyed spending quality time with their partner and family. They strengthened their bonds and improved their well-being together.

In a recent study from the Kinsley Institute, over 82 percent of couples reported that the pandemic made them feel more committed to their marriage. Couples said they felt more grateful for their partners after enduring and surviving a national crisis together.

Thus proving humans tend to take things for granted, especially our partners. It took a global shutdown and deadly virus to show us what we need to appreciate.

Couples also reported they were communicating more which is likely due to the daily chaos we are used to in our lives was non-existent. There were no social gatherings, no parties, no football games, no concerts, just good old-fashioned quality time at home with your partner.

Relationships that were in trouble and possibly headed for separation or divorce had been saved. The perspectives changed, and flames were relit as arguments that seemed so dominant before were reduced to nothing. Couples began to see clearly again and worked as a team to get through the hard times.

The love, respect and admiration grew to new heights.

It was a fun puzzle for some couples learning how to work out the quirks and annoyances once confined to the tight quarters of their homes.

"A great marriage is not when the 'perfect couple' comes together. It is when an imperfect couple learns to enjoy their differences."   -Dave Meurer

The Kinsey Institute research also found one of the biggest disputes couples faced during the pandemic was household chores and childcare.

"Early in the pandemic, the effects on the gendered division of household and childcare labor can be seen as contributing to negative impacts of the coronavirus on marriages."  Said Senior Scientist at the Kinsey Institute, Stephanie A. Sanders.

The pandemic quickly upended domestic life for couples everywhere. In a world where household chores are traditionally gender divided, to begin with, wives found themselves even more stressed with the lack of help during the pandemic.

Once people became confined to their homes, chores increased, which meant more dirty laundry, more cooked meals, more dishes, more messes to clean up. Wives became overwhelmed because of the lack of help with chores that history perpetuated as a women's job.

Another area where people tend to take things for granted, that if we leave a cup out, someone will pick it up for us and put it in the sink. It's the little things that will leave people feeling undervalued and overworked in their own homes.

When couples are stressed, they argue more which leads to a tense household for everyone. The children suffer the most because instead of effectively communicating, they are learning how to build resentment.

It is important to note that there are always eyes watching you once you become a parent, even when you don't think they are watching.

There is so much ugly to report.

According to a study from FormsPal, getting married in general has dropped 6 to 20 percent, which impacted the 60 billion dollar industry in the U.S. We can only imagine how much business was lost.

Not only are marriage rates down but also divorce rates.

So why is that ugly? It could be down for now but rise sky-high in the future.

Some experts say that couples are sticking it out for now, and we will see spikes in the future once life starts to return to normal. Did divorce rates slow because people were afraid to be alone? It seems to be a likely factor.

In an odd twist of events, some divorce lawyers have stated that they see fewer divorces because couples choose to stay married over financial and pandemic concerns. Sadly, people choose to ignore their chance at happiness due to pandemic burdens.

However, it may have been a long time coming for those who chose divorce.

A few causes of divorces during the pandemic include boredom, financial stress, resentment, infidelity and unavoidable confrontation.

Couples began to realize that they may have gotten married for the wrong reasons or had different goals in life, or simply grew apart.

Even newlyweds were at risk of divorce. The research from FormsPal shows they were actually at the highest risk of divorce during the pandemic. An estimated 5 percent of newlywed couples were unable to cope with the pressures of the pandemic for even just a month.

We are lucky to have a high portion of research exist already on the impact of the pandemic, but there is still a great deal to be done in the future on the long-term effects. It is pivotal to improving our mental wellness.

We already know the direct impact on mental health, and it's truly remarkable how we continue to overcome the challenges we face. Unfortunately, it is much harder for some people than others.

Our mental health is a direct reflection of how we cope and manage the aspect of everyday life. When we face a crisis, our natural reaction is fight or flight, not everyone deals with the situation the same. The tough restrictions caused many breakdowns which lead to several other problems.

The World Health Organization reported on the psychological impacts of the pandemic in which they reported the following factors directly linked to increased rates of suicide.

People were introduced to new fears that became very difficult to cope with. Which did not help with the already growing number of mental illnesses.

If you are struggling with how to survive or get by in the pandemic always start with your healthcare provider.

Make sure you communicate with your partner about your feelings and any concerns you may have. Sometime's it is best to get everything out in the open because the only way to ensure you have the best possible chance at a happy and healthy future is to always put your mental wellness first.

It will be interesting to see what researchers find a year from now. 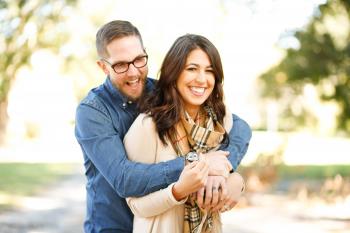