Revenge in Ink: Woman Takes out Ad to Expose Her Partner’s Cheating

The study of "revenge psychology" can be an interesting topic when using real-life examples.

Steve, whoever he may be, must have been quite surprised to find himself addressed in a full page ad in Friday’s edition of the Australian paper, Mackay and Whitsunday Life. In giant, capital letters, the ad read, “Dear Steve, I hope you are happy with her. Now the whole town will know what a filthy cheater you are. From Jenny. P.S. I bought this ad using your credit card.” The paper shared an image of the ad on its page, noting that despite the claim that “Steve’s” credit card was used to pay for the ad, no charges were made by the paper due to the names on the card and booking not matching up. The paper also noted it did not have anymore information on who the “Steve” in question was, nor would it be releasing any information on the “Jenny” who placed the ad. According to Mackay, the ad has since gone viral with over 2500 shares and dozens of phone calls inquiring on the ad.

Although such public displays of revenge can be quite scintillating and drive up a lot of press for business like Mackay’s, revenge does have its downsides. In a 2004 issue of “Science,” a Swiss research group published its findings on what it called “revenge psychology.” The study involved subjects playing an economic exchange game where one subject believed their partner would split a pot of money with them, only to have that partner betray them and keep the pot completely to themselves. The researchers then gave the slighted player the opportunity to retaliate against the greedy partner and then recorded their brain activity for one minute while they contemplated retaliation. The research found that the part of the brain that processes rewards was stimulated during that time.

A later series of tests by researcher Kevin Carlsmith of Colgate, however, showed that despite the immediate pleasure an act of revenge may give, it rarely lasts. The study was similar in that one person was assigned to be a “free rider,” keeping their money to themselves while also earning money from the rest of the group’s collective pot. In Carlsmith’s study, one group (the punisher) was allowed to retaliate against the “free rider” for a price and another group (the non-punisher) was not. The study found that the punisher group felt worse than the non-punisher after the game and was still brooding after 10 minutes. As noted in “The Science Times,” when noting the studies on revenge, “Psychological scientists have discovered that revenge fails to fulfill its sweet expectations, while behavioral scientists observed that it only prolonged the unpleasantness of the original offense.” So, as satisfied as “Jenny” may be feeling right now, she may not end up feeling so for very long. One thing that is known for sure, as Mackay noted, “We do NOT know who Steve is, but apparently he’s been very very bad.” 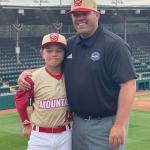 'we’re All Praying': Little Leaguer in Coma After…