Saying ‘no’ to divorce: The new wave of young, faithful couples

Statistics Would Have Us Believe That Marriage is Disposable - and Yet More and More Young Couples Are Making the Choice to Stick It Out.

Despite popular belief to the contrary, divorce rates in the United States are falling, finally declining after steep gains throughout the 1970s and 1980s. It seems that couples are weary of the upheaval caused by a society that glorifies disposable relationships. Like many others, I'm turning my back on the idea of divorce, and with it, I'm re-examining many longstanding beliefs about marriage.

In the not-so-distant past, couples entered into marriage both to make vows before God and to ensure economic stability. Throughout most of its history, marriage was a religious ritual designed to provide a social foundation for families. Although the notion is less than romantic, this idea of marriage as a Godly contract served us well for the better part of two millennia.

However, we've decided that marriage is all about personal gratification. Fueled by the media, we've bought into the idea that marriage requires intense romance, that a marriage without fiery passion is one that deserves dissolution. Paradoxically, we've also moved marriage out of the religious sphere and come to view it as a societal right. These days, you're much more likely to hear of people marrying for insurance benefits than to please God.

For some people, this new arrangement works. However, many people view marriage primarily as a way to make themselves happy, and when the marriage no longer meets their needs, they move on. After countless generations of successful marriages, we've reduced ourselves to "relationship hopping" for happiness.

The secret of marriage

Unfortunately, marriage is not about momentary happiness. We've lost the discussion about marriage as a duty. As any happily married couple can attest, good marriages take work, and that means weathering the good with the bad. If we're honest, even the happiest of all marriages have their moments of doubt and discouragement.

The beauty of marriage is that it pushes us to grow as individuals while we strive to meet the needs of our spouses. If we view marriage as a means to our own happiness, we're missing the point. You can't have a fulfilling marriage focused on yourself. It is by serving your spouse that you gain the depth of love necessary to make a marriage last.

Saying "no" to divorce

Of course, there are good reasons to get divorced. Issues such as abuse, infidelity and profound unhappiness need to be addressed. However, for most of us, we need to spend more time sucking it up and less time looking for the exit. Marriage is an all-in or all-out scenario - you cannot do it halfway and expect success.

When my husband and I married, we agreed that divorce wasn't an option. No matter how we feel in the moment, we understand that working on our marriage is the best thing for us and for our children. Because we chose to bring kids into the world, we understand that our marriage affects many more people than ourselves. We also agree that our children deserve better than being raised in an unhappy household, so instead of using divorce as a way out, we feel the duty to make our relationship happy.

The end goal of marriage

In this way, marriage is the only relationship where you have to work out your differences. Friends come and go, and you can separate yourself from family. Eventually, even your children will grow up and leave home. However, your spouse is here to stay, and you have to figure out how to coexist peacefully. It's an unequaled opportunity.

We need to look beyond the lie that divorce will make us happier. Barring an abuse of marriage vows, divorce only divides families. Our marriages, and our spouses, are not disposable. The vows we make still mean something, both in our lives and in the eyes of God. Catch the new wave, and join the army of faithful couples who are saying "no" to divorce. 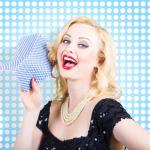 5 Tips For Doing It All, Without Actually…