Science can tell you what women really want in a man

I Promise, It's Not Six-Pack Abs.

There is a question that has boggled the minds of men for a very long time: "What do woman really want?"

Society tells us it might be Brad Pitt's face, Liam Hemsworth's body or Ryan Renolds' everything.

And although these men have really great qualities-good looks among them-a scientific study found that it is altruism, not good looks, that actually attracts a woman to a man.

What is altruism you ask and where can you get it?

Altruism is defined as the belief in or practice of disinterested and selfless concern for the well-being of others. In laymans terms? Selflessness.

The study, which was performed by a research team led by the University of Worcester's Daniel Farrelly, confirms that selflessness is "a highly important characteristic trait women look for in long-term partners."

The study featured 202 straight women recruited online. They looked at 12 sets of photographs, each of which showed the faces of two men-one handsome, the other much less so.

The altruistic behavior was given to the handsome man in some scenarios, and the not-so-handsome man in other situations. In still other times, neutral behavior was attributed to both, allowing researchers to determine the importance of looks when the guys were described in similar terms.

The end result found that the men who displayed the altruistic behavior were more favored by the women for long-term romantic relationships, while the good-looking men were rated lower and wanted only for short-term relationships.

The study also found that the men who displayed the altruistic behavior, no matter if they were good looking or not, were rated higher among the women.

So, men, what does this tell you?

Women love when you take the time to serve others

No matter what you look like, your behavior tells more to women than your looks do. Go out of your way to be nice to strangers. Help that older lady cross the road. Pay for the person behind you. If you are trying to catch a certain pretty lady's attention, chances are you'll totally win.

Focus on your inside

It is good to be healthy and care about your physical appearance. At the same time, it's not the only thing you should focus on. A girl is not going to be impressed with a man who spends 5 hours at the gym. Make sure to make an effort to develop your mind as much as your muscles. Try to find ways to better yourself, whether that is though reading, a local class or serving your community.

What this study can teach you is that women are multifaceted and like a variety of things and people. This means there is no hard and fast rules when it comes to what women want. So make sure to be yourself, and have fun with her. If she is a keeper, she will like you just the way you are. 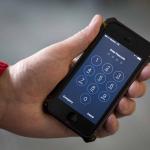 The Thing That Can Kill Your Iphone Isn't…