Recent Studies Have Answers to This Life-Long Question.

It is one of the oldest questions in the book: can men and women really be just friends?

You would think we have a definitive answer to this question, but the reality lies in the fact that this question is still fairly new to our society. Confused? I'll explain.

For most of human history, men and women lived in socially constrictive bubbles that had very little overlap between the two genders. Men were raised to run around with other boys and then grow up to perform heavy labor with their fellow men to earn a living for their wife and kids. Women on the other hard were raised to be young ladies set to cook, clean and nurture young children. They were raised to live separate lives and to fulfill their traditional gender roles- even after marriage their social lives remained fairly distinct.

It wasn't until the late 19th century and early 20th century that men and women began to experience social events and activities together. As more and more women began to fight for equal rights, attend universities and entered the work force, cross-sex interactions began to enter unchartered waters and increase immensely.

With cross-sex relationships (friendly and romantic) becoming more present in the past 100 years alone, we are still trying to figure this whole, "He's just a friend," phenomenon.

What research tells us

Maybe science can help uncover this peculiar question. In one study, researchers at the University of Wisconsin invited 88 pairs of cross-sex friends to answer a set of questions regarding their romantic intentions. The pairs promised to never share their answers beyond the walls of the lab. The couple was then separated for further analysis.

Researchers then took the opportunity to ask the men and women separately questions primarily set to gauge the individual's romantic feelings towards their friend of the opposite sex. Research found women were generally not attracted to their male counterpart and strictly saw their connection as that of a close friend. The men had strong and clear romantic feelings for their female counterparts.

Not only did the men have stronger romantic feelings for their female friends, they often mistook their female counterpart's friendliness as a sign of reciprocal romantic interest.

This study thus concludes: women do believe men and women can be just friends while men secretly hope and believe they have a chance of turning their relationship into just a little bit more someday.

So... can men and women really be just friends? The answer remains: it depends.

The scientific evidence in this study proves the friend zone truly does exist. Women and men still remain on different frequencies when it comes to cross-sex relationships.

Women interpret a man's signals for a romantic relationship as a sign he wants to create a genuine friendship with them, while a man reads a woman's signals of friendliness and consideration to be a romantic gesture.

While these types of relationships are tentative and subjective to each relationship, the study concludes that as the relationship progresses, overall satisfaction decreases between the individuals. One person experiences a lack of fulfillment in just being friends over time.

Relationships between men and women will remain complicated, but the caveats and complications are what make this topic of conversation so interesting and a topic that will not be going away any time soon. 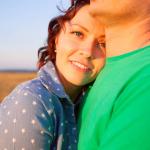 To Attract Any Guy You Want, Do This…