Stop Knocking Yourself Out: Tips For Getting Your Marriage Out of the Boxing Ring

"Marriage is made in heaven - but so is thunder and lightning," said Clint Eastwood. The fact is, when it comes to marriage, all couples "fight." Even Dirty Harry agrees that all couples have conflict. In fact, the only couples who do not have conflict are those who are either deceased or in a relationship in which one partner has so beaten down the other partner, that other partner has given up. Ironically, conflict is not the sign of death for a relationship; cold indifference is. Where there is conflict, there is life in a relationship, no matter how small that spark may be.

Author Gary Chapman says in his book, "Everybody Wins," the key is to learn how to turn one's "differences into assets rather than liabilities." This starts by having the right attitude. The right attitude consists of having a "conflict resolver" mentality which is motivated by the belief that one's marriage conflict can be resolved in a way that both spouses benefit. In the marriages where couples have this mentality, both spouses can win. Here are some other tips on how to fight fair and win.

Powerful words expressed in the Bible confirm the importance of showing this kind of others-centered love when it says "clothe yourselves with compassion, kindness, humility, gentleness and patience... over all these virtues put on love." (From the book of Colossians chapter 3 verse 12 and 14, NIV version). While one's euphoric feelings of being in love have an average life span ofÂ two years, according to author Dorothy Tennov, every day we can choose to love our spouse through our actions. The choice to love is a daily decision for as long as we live, and time doesn't dissipate this choice.

It has been said that there are about the same amount of lightning strikes in the Cascades Mountains of Washington compared to the Rocky Mountains of Colorado. However, there are much fewer fires in Washington than Colorado because of one thing: rain. In the same way, the "lightning strikes" of conflict in our marriage do not have to turn into fires when the "rain" of love is present. Both partners can win in a marriage where true love is genuinely demonstrated.

Dr. Rob Harter is a non-profit executive professional with over 21 years of experience in leading and building non-profit organizations. Rob has demonstrated communication skills with both large and small groups.Find out more information at robharter
nextarticle 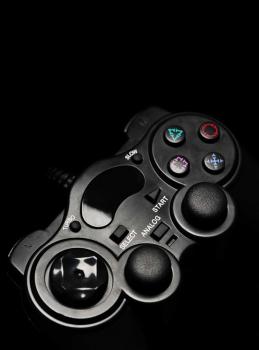