These 4 Things Almost Always Lead to Divorce – Are You Doing Any of Them?

Does Your Relationship Reflect These Four Behaviors?

Marriage is incredible, but it's also fragile. It takes consistent care and effort to build a lasting relationship of mutual love and respect ... and it's only getting harder as time goes on. Divorce is happening more often, couples are living unhappy lives and for some people, love just seems hopeless.

Luckily, we have a pretty good idea of what kills a marriage and how you can avoid it. On a website called Relational Balance, marriage and family therapist Brittany Malak discusses what these behaviors are and why they're so detrimental to your relationship.

Here are the four behaviors that almost always end up in divorce:

This isn't to say that constructive criticism in a relationship is bad. If you see your partner doing something that you could help them improve on or work on, they would probably appreciate the help if you offer it nicely.

On her website, Malak states, "What's the difference between voicing a concern and criticism? Criticism does not focus on a specific event, but globalizes your partner's behavior as making them the devil in ALL areas of their life." Strive to only voice concerns and work together to improve your relationship, rather generalizing and putting your spouse down.

By definition, the word contempt is feeling like a person or thing is worthless, unimportant and beneath consideration. In your marriage, it comes out in eye-rolling, name calling, mocking and other disrespectful gestures.

You and your spouse should build each other up instead of tear each other apart. Don't demean or degrade your spouse. When this happens consistently, it can really wear them down and make them feel like they really are worthless. It's only a matter of time before your marriage starts falling apart because of contempt.

Next time your spouse does something annoying, don't roll your eyes or snap at them. Let them know you appreciate who they are as a person and everything they do for you - even if you don't feel it in the moment.

Defensiveness tends to come out when a couple is experiencing trust issues or when one partner is hiding something. You might snap at your partner when they ask you a simple question, or your spouse might do the same when you're just trying to talk.

When someone is being defensive, Malak says that they "[make] it seem like everything their partner says is a direct attack." Whoever is being defensive might even turn the blame on you and accuse you of things you've done in the past to distract from what you're saying about them.

Don't let this happen! Listen to what your spouse is trying to tell you, and don't take everything they say as an attack.

Have you ever felt like you were talking to a wall when you were having a discussion with your spouse? Have you ever stormed out of the room in the middle of an argument? Maybe your partner didn't hear a word you said about your day because they were busy watching whatever was on TV. All are instances of stonewalling.

Being stonewalled isn't fun, and no one deserves the lack of attention it comes with. Communication goes two ways, and the listening portion is just as important as the talking. It's so important to talk about issues instead or ignoring them to avoid bigger conflict in the future.

Don't panic if your relationship has any or all of these communication styles - hope isn't lost. We've all experienced these things at some point. When they happen, make sure you acknowledge it.

When you see it happening and know it's there, it's easier to talk things through and fix it before it becomes a bigger problem. If you catch yourself being defensive, take a step back and assume your partner has good intentions. Instead of stonewalling, just talk - no matter how uncomfortable or boring it is. Marriage counseling might also be a great idea if you feel like it's out of your control.

Making small steps to improve your communication patterns will lead to a healthy, happy marriage and you can find the love you once shared with your spouse. 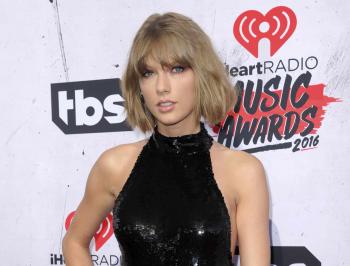 Why Taylor Swift's Assault Testimony Matters as a…