Lindsay Marsh was allegedly forced to give her ex-husband racy photo album of herself.

A Utah woman is infuriated after a judge ordered her to give her ex-husband copies of an intimate photo album that was once gifted to him while they were married. Lindsay Marsh, 43, recently spoke with the Salt Lake Tribune where she expressed her feelings of having to hand over photos of herself nude, topless and in lingerie. “It’s violating and it’s incredibly embarrassing and humiliating,” she said.

Second District Court Judge Michael Edwards is the judge that ruled Lindsay Marsh's ex-husband, Chris Marsh, the copies of the racy photo albums after the images are obscured.

Lindsay said that when she filed for divorce, he listed the photo album as an item he wanted to split. "I’m naked in some of these photos," the mother of three added.  "When we went to trial, he never asked about pictures of our children, of our family, of our dogs. He only asked for multiple pictures of just me along with these albums."

Although Chris Marsh claims he did not request these photos and only wanted the notes she wrote inside the album. "I never asked for the photos, I asked for the inscriptions," he told Fox News Digital. He continued by saying that Lindsay supposedly had the opportunity to redact and copy the pages, but did not.

Lindsay Marsh says that she is going public with this story as a way to help others who may be in a similar situation. "It’s extremely embarrassing, it's violating that anyone has to go through something like this," she said. "If I can prevent this from happening to one other person then this has all been worth it. I want this judge to be held accountable. What he did was wrong." 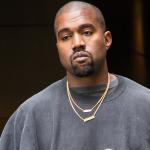