When You Don’t Want to Live Together Before Marriage

No Matter How You Slice It, Moving in Together is a Big Deal.

It used to be that two people wouldn’t even dream of living together before marriage. It was referred to as “living in sin,” and not only was it scandalous, but also grounds for gossip, being judged, and loss of respect. Fast forward to today’s more accepting attitude toward relationships and their configurations, and many of the negative connotations regarding cohabitation before matrimony have disappeared.

Now there tends to be a try-it-before-you-buy-it attitude when it comes to living together and marriage. People want to make sure they’re still compatible after they’ve combined their lives and are sharing a household before they make anything permanent or legally binding.

But what about those that still have an appreciation for the traditional way of doing things, or whose values or religion discourage living together before marriage? How do you navigate a relationship when you don’t want to live together, but your partner does?

Before we look at how to handle the conflict, let’s consider the point of view of each side.

The Benefits Of Living Together Before Marriage

Many will tell you it makes sense to spend some time living together before you actually get married. Even if it means waiting to move in until you’re officially engaged, proponents argue that the pros to cohabitating are considerable.

Some of the biggest ones that are often cited are the following.

These arguments are just some of those used by partners who think that living together before marriage makes sense. And admittedly, most do seem fairly logical.

The Benefits Of Living Apart Until Marriage

The problem with love, emotions, and traditions, however, is that logic isn’t always and doesn’t have to be, a factor.

Those who feel that living together before marriage isn’t a good idea will tell you the following things are what’s important.

No matter how you slice it, moving in together is a big deal. This means that communicating about the right time and right plan is important and consequently reaching a comfortable agreement on that time and plan is also very important.

By the same logic, however, listening to their reasons for wanting to take that step is also important. You both owe it to each other to listen respectfully to one another on all topics.

If, however, you are having trouble finding a way to agree on this topic, you might want to consider couples counseling. This is advisable in general before marriage as it helps you establish a strong foundation for communication, joint decision making, and resolving conflict. Some of the first areas that can break down and also the most crucial for a successful marriage. 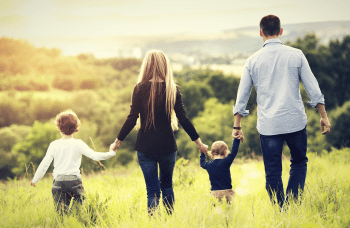