Why don’t cheaters always abandon their marriage? Here’s the answer

Has He Been Unfaithful, But Hasn't Left? Discover the Possible Reason.

Why would someone who chose to have an affair not choose to leave their spouse? This is a bizarre aspect of infidelity. It's hard for a marriage to overcome adultery, and it may seem at times, that a man and his mistress could potentially start a more stable relationship together than the one he has with his wife. However, it seems that committing adultery is not enough for him to leave.

Sometimes a spouse cheats because he or she feels something is missing in their marriage. Thus they begin to look elsewhere to meet their needs, whether it's a lack of sex, communication or any other deficiency.

Many who are unfaithful have everything from economic stability to a family that needs nurturing. With that being said, they won't give everything up just for an adventure. It may seem selfish (and it is), but people who cheat want both relationships, because they both fulfill their different "needs."

2. They love their spouse

Just because a man or woman is unfaithful doesn't mean they don't love their spouse. There are so many reasons for infidelity. Changing dynamics in the marriage could be one reason. After years of marriage, passion can sometimes fall into a routine. While they may be bored of the routine, their love for their spouse hasn't disappeared.

Sometimes the desire to feel alive can drive people to cheat. The affair turns into an exciting adventure. It may make them feel refreshed or young again, but they are not looking for love - they already have that, and that security blanket could be the reason why they can't bring themselves to abandon their marriage.

3. Divorce is a headache

Sad, but true. A marriage can provide stability in many respects, and staying married gives a cheater more security than divorce can offer.

Divorce is a long and emotional process. It exhausts the strength of any person, and involves putting the control of your life into the hands of a third party. Explaining the reason for the decision to your children, family and friends can also be exhausting. The wearying process of divorce is a major factor why many people stick with their unhappy marriage.

Unfortunately, few cheaters think of divorce as a possibility while having an affair, and they give up all the good in their life for the risk of infidelity without a second thought at the consequences.

If you are considering forgiving your partner for infidelity, this article may be of help: 5 steps to forgiving after an affair.

Although there may be many other reasons why an unfaithful person keeps living a double life, these are the most common.

This article has been adapted and translated from the original, "¿Por qué los infieles no abandonan su matrimonio? Acá la respuesta," which was originally published on familias.com.

I am a psychologist focused on working with communities, children and adolescents at risk.
nextarticle 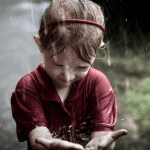