Why you should stop blaming financial strain for your divorce

A Harvard Research Study Encourages Individuals to Quit Blaming Financial Strain to Be the Sole Cause of Their Divorce and Instead Focus On...

There are multiple stresses and fights that slowly knick at the foundation of the strongest marriages. Individuals have long claimed financial status and stability to be a major gauge if a couple is heading towards a divorce, but can it be the sole indicator?

In a recent Harvard study published in the American Sociological Review, researcher Alexandra Killewald suggests individuals quit blaming their divorce on their financial situation and instead ask themselves, "Does my husband have a job?"

Jobs and homemaking have long since described traditional gender roles in a marriage. In the study, Killewald was interested in drawing parallels and conclusions from family life and divorce records from before 1975 and after 1975, to see if gender perceptions and social advancements could have any indication on whether a couple would divorce or not.

Killewald focused on unpacking and creating a distinguished understanding between a couples' working life and their financial stability to uncover which of the two was more significant in predicting whether the couple will get divorced or not.

Below are some significant divorce findings from this study:

In the decades since 1975, a husband's employment status has seen a drastic increase in correlation between their job status and their likelihood of divorce.

Why? Employment is mattering more than ever, because of traditional ideology. Despite the change of women's aspirations to become more involved in the work force in the 1970's, a man's traditional "bread-maker" role forever remains as a social norm and marriage expectation. Male full-time employment forever remains a highly desirable trait in a long-term marriage.

Couples income and wives' economic independence did NOT correlate with a high risk of divorce.

Shocking right? Marriage still remains viewed through gendered lens in modern days. The relationship's stability is not determined on financial income but is rather determined by the division of labor in the relationship.

Findings show a wives' employment does not have an association with risk of divorce, but a husband's lack of employment does. These findings suggest that despite changes made since 1975 in gender roles and expectations, proceedings and social advancements have not been equal amongst men and women.

Killewald discovered wives prior to 1975 worked approximately 3.9 times as many hours in the home as their husbands according to a 2012 study, and within the past six years wives were working only 1.7 times longer than their husbands in the home.

This distinction has led researchers to question if gender and traditional marital roles are still necessary to quell and maintain a stable marriage. Supplementary analyses have proven stable relationships are developed when the wife continues to do most of the household work and the husband helps here and there.

The opposite gender role plays to the stability of the marriage as well, men that work full time help maintain a stable marital relationship as well.

Regardless of the study, it forever remains a complicated and uncertain force that causes couples to divorce. Every relationship experiences a different set of trials and complications and there cannot be one sole reason couples divorce. 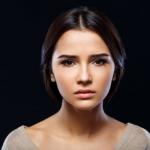 How to Hold Your Ground When Other Women…